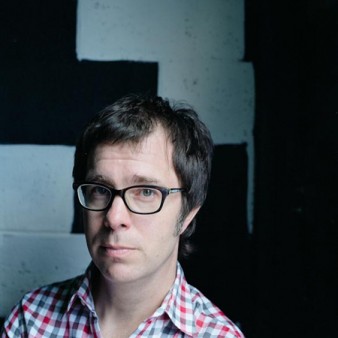 Update: “House”, the closing track from The Best Imitation of Myself, is one of three new tracks recorded by Ben Folds Five in 11 years.

While collaborating with Bob Saget is clearly the pinnacle for any musician’s resume, Ben Folds has had a long, fruitful career up to that glorious moment. Whether it was with Ben Folds Five or on his own, Folds has a rich back catalog, one which he’ll make great use of when he releases his career retrospective The Best Imitation of Myself: A Retrospective this October.

The three-CD release will see a different focus for each disc. The first, The Best Imitation of Myself, features everything from the Ben Folds Five hit “Brick” to Folds’ collaboration with author Nick Hornby in the track “From Above” (this CD will also be available as a single disc.) The next disc comprises itself of Folds’ picks for best live cuts from 1997 to 2011 and includes collabos with Rufus Wainwright and the West Australian Symphony Orchestra. The last disc is made up entirely of rarities, including several demos and the Amanda Palmer-Neil Gaiman-Damian Kulash-featuring “Because the Origami”. Each track has been remastered and the release contains liner notes and track-by-track observations by Folds himself.

While the 61 tracks that make up the collection are the cream of the crop, Folds found an additional 55 “ultra rarities” to release. Everyone who pre-orders the collection will receive a code to download a five-song EP containing some of these songs, with the remaining 50 available for purchase on Folds’ official website.

Check out the entire tracklist below. The Best Imitation of Myself: A Retrospective hits stores October 11th via Legacy Recordings.