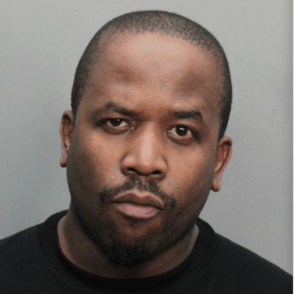 After de-boarding a cruise ship in Miami, FL, one-half of Outkast and solo rap sensation Big Boi was taken into custody this afternoon by Miami-Dade County Police stemming from several controlled substances officers and drug-sniffing dogs discovered amidst the belongings of the rapper and his cohorts.

According to the LA Times, Big Boi, real name Antwan Patton, was charged with three counts of possession of a controlled substance and one count of possession of drug paraphernalia (all felonies) after police officials found in a suitcase an undisclosed amount of Viagra, which Patton did not have a prescription for, along with Ecstasy pills and MDMA powder, the later of which is used to make Ecstasy.

According to Patton’s attorney Daniel Kane, “While Big Boi was traveling with his group and friends, a small amount of contraband was found in the collective luggage. I am confident when the entire facts are aired Big Boi will be completely exonerated.”

The MC was being held on a $16,000 bond at the Pre-Trial Detention Center in Miami but was released earlier this afternoon, taking to Twitter a couple of hours ago to write, “Fresh Out Baby” and later joking “Shiiiiit they said it was the Love Boat”. As always, stay tuned for more news and developments in the case as they’re announced.