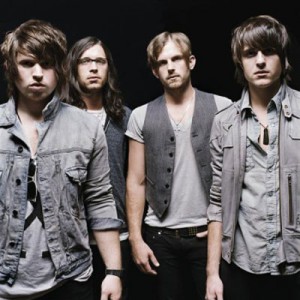 Kings of Leon have canceled the remainder of their summer tour citing “vocal issues and exhaustion” suffered by frontman Caleb Followill. Due to the band’s touring commitments abroad, the canceled shows will not be rescheduled.

The news comes on the heels of the band’s disastrous set in Dallas this past weekend. According to reports, Caleb appeared heavily intoxicated throughout the performance and eventually left the stage to, as he put it, “vomit… and drink a beer.” The remainder of the concert was canceled after his brothers/bandmates, Nathan and Jared, told the audience he was “unfit to play.”

Following the performance, Jared took to Twitter, writing, “There are internal sicknesses & problems that have needed to be addressed. He added: I know you guys arent stupid. I cant lie. There are problems in our band bigger than not drinking enough Gatorade.

According to an issued press release, the band plans to resume touring North America beginning September 28th. Check out their complete tour schedule below.

Tickets for the canceled dates will be refunded at point of purchase, or automatically refunded if ordered online.