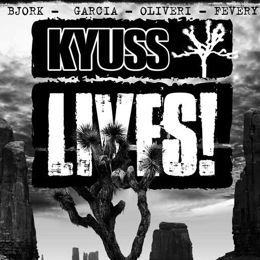 Despite bassist Nick Oliveri’s recent arrest, the reunited members of influential stoner-rock outfit Kyuss! are continuing on with their plans to tour North America this fall. In fact, the group has since mapped out a second leg of tour dates.

As previously reported, Oliveri, John Garcia, and Brant Bjork, along with guitarist Bruno Fevery, have reunited under the moniker Kyuss Lives!. Following the band’s already announced first leg of American dates, which kicks off in Toronto on September 16th, along with a brief trip to Meixco and South America, Kyuss Lives! will launch their second roadtrip in San Diego on November 17th. You can find all of the band’s upcoming tour dates below; the newly announced dates are italicized.

According to an issued press release, Oliveri will participate in the upcoming tour, despite the fact he’s now facing 15 years in prison after being charged with four felonies stemming from the aforementioned arrest last July. We’ll update you if anything changes.