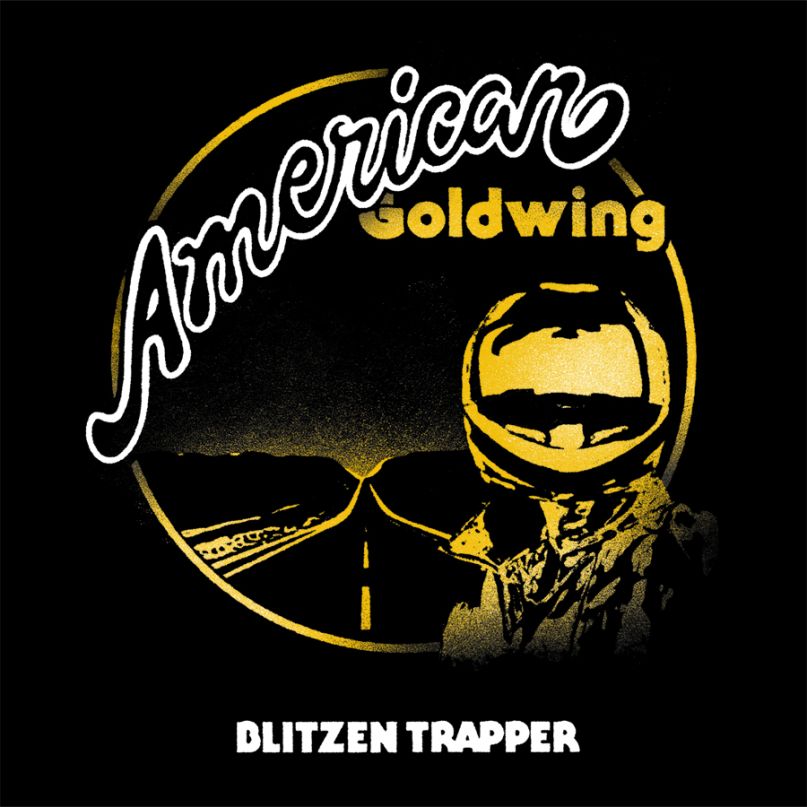 I could be wrong, but Eric Earley seems to be a pop-songwriting machine programmed to serve us sugarcoated alt-country on an annual basis. In recent years, he’s seemed like the kind of guy who rolls out of bed with 10 songs in his head, sits down and writes 15, throws three away, and records a whole album’s worth of material that same night. The dude writes catchy, eclectic indie folk-rock, and lots of it. That’s also why Blitzen Trapper‘s music is pretty inconsistent.

Blitzen Trapper has released three albums and a lengthy EP over the last four years, which isn’t exactly Robert Pollard prodigious, but nobody really wants that, do they? It’s relatively prolific in the grand — and sane — scheme of things. They’ve released one great album (2007’s Wild Mountain Nation), one good one (2008’s Furr), an awful one (last year’s Destroyer of the Void), and a good, meaty EP. And, in line with their semi-prolific nature, there’s something about Earley’s recent songwriting that feels almost mechanical. These pop gems just seem to speed on out of the speakers before they can even really be completed. Last year’s Destroyer of the Void did away with Earley’s concise, to-the-point nature, but that record was so preoccupied with trying not to be straightforward that, in all its prog-folk ambition, it ended up feeling bloated and tiresome.

Perhaps Earley’s mechanical nature has something to do with how meticulously messy everything sounds, the band’s level of sheer musicianship peppered with feigned Malkmus-esque nonchalance that never feels truly spontaneous. Even when these guys are trying to sound deconstructed, they’re too well-trained a group of musicians to pull it off properly. The last time they really sounded messy was probably Wild Mountain Nation.

Or, maybe it’s just the fact that Earley mostly sings too fast to sound as if he’s emoting anything. He’s wasting no time trying to appear tortured, or even exasperated. For the most part, this is succinct music, with choruses that enter almost mid-verse and end before they have time to wander. The songs are mostly quick, to the point, and don’t loosen up much.

It’s strange, then, that while all the aforementioned would appear to mar the enjoyment of said music, Blitzen Trapper is still a great band to listen to. What’s refreshing about the six-piece is that they resist the notion that indie rock has to sound amateurish or ramshackle to be authentic or worthy of our time. Earley and his compatriots know that indie rock is such a broad designate, that it can be precise, clever, poppy, and vague, either in turn or all at once. Earley takes pride in these songs as songs, not as portals to his soul. The guy consistently churns out brilliant vocal melodies over skillful playing, which somehow compensates for lack of emotional depth or raw passion, a common calling card for authenticity and quality in the world of indie rock. He is a proud pop songwriter, and the virtuosic band injects just enough grit and intricate musicianship to give the Blitzen Trapper sound its necessary edge.

American Goldwing is the band’s most streamlined effort, but it’s also one of BT’s best. On Goldwing, a spruced-up, troubadour Earley is at his most straightforward and crisp, which also results in some of his most likable songs in years. Here, he comes across as indie rock’s answer to John Fogerty or Stephen Stills, bringing a sense of classic country-tinged rock urgency to his writing. True to the record’s name, there’s a whole lot of America going on up in here. There’s classic-rock swagger in his delivery, something generally eschewed in a scene largely populated by tragic heroes. Earley sings of muskets, astronauts, horses, and takin’ it easy, all over acoustic guitars, pedal steel, harmonica, keys, reedy harmonies, even jaw harp, and lots, and lots of electric soloing. The disc is, flatly put, loaded to the brim with instrumentation. At any given moment, save for the record’s sparse conclusion, there are so many noises and melodies that it’s hard to keep track of them all.

There are also, thankfully, more catchy vocal melodies on Goldwing than on any other Trapper record. There’s also more cohesion. This is straightforward Americana, informed more by Stephen Stills than Stephen Malkmus, coupled with boisterous, muscled-up roots rock. Songs like “Street Fighting Sun” and “Your Crying Eyes” are nuggets of blistering blues mayhem, with Earley sounding more like Robert Plant than usual, and lead guitarist Erik Menteer’s Nels Cline-y, slick-but-sloppy shreddage filling out any open space. Moments recall the deliberate slacker mayhem of Wild Mountain Nation, but, for the most part, there’s a good deal of restraint going on in that regard.

Slowburners “Taking It Easy Too Long”, “Love the Way you Walk Away”, “Girl in a Coat”, and “Astronaut” see Earley shoveling peculiar metaphors into a pit of past failures and ex-lovers. Closer “Stranger in a Strange Land” could pass for a John Prine song, both vocally and instrumentally (Hell, that ain’t a bad accolade). “When I’m gone, you’ll know me by the friends I leave behind,” he morosely concludes. The song features some of his most affecting and coherent lyrics, sung slowly enough, and with just enough feeling that they might actually bring about some tears under the right circumstances. That says a lot for a guy whose songs usually tend to not say much at all, though they have lots of nice wordplay and vivid imagery. The title track, for instance, is inexplicably about riding boats across the ocean with muskets in hand. Why? Who knows? On “Street Fighting Sun”, Earley attempts to shoot out the sun with a rifle, but admits, “The sun it ain’t so easy to kill.” I can’t decide if that’s insanely badass, or just the most obvious statement ever.

American Goldwing could have been made to soundtrack a cross-country road trip. With all its country shuffle, hummable melodies, feel-good, yet self-pitying lyrics, twangy textures, and old-America imagery, the U.S. landscape would look just right with it blasting out of the speakers. Earley’s songs may adhere to a certain formula, but that formula works wonders on American Goldwing. If he is a robot, he’s been programmed by a great assortment of songwriters, armed with the ingredients for a down-home, catchy tune with a spark of youthful energy and perspective. And, sometimes, that’s all you need.

Essential Tracks: “Love the Way You Walk Away”, “Astronaut”, and “Stranger in a Strange Land”