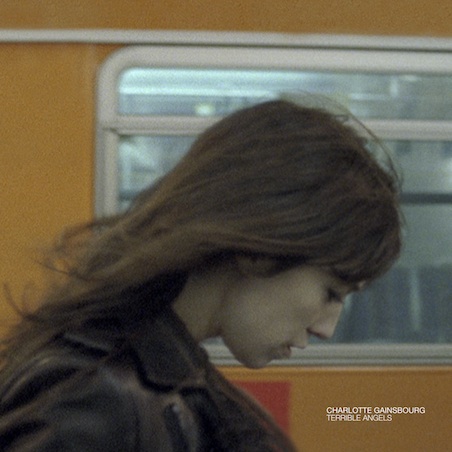 It’s been a very busy three years for French actress/musician Charlotte Gainsbourg. Starring in three additional films since her award-winning turn in Lars Von Trier’s disturbing Antichrist in 2009, Gainsbourg found time to record, release and tour behind IRM, her first album since 2006’s 5:55. This summer she announced we’d not only be seeing a new double album titled Stage Whisper this fall, but a four-song EP called Terrible Angels. The 40-year-old singer is currently experiencing what may be the most fruitful period of her career.

The main draw here is the EP’s title track, “Terrible Angels”, a song with heavy electronic backing behind Gainsbourg’s voice. It’s similar to something you could have expected from IRM, which isn’t surprising given that Beck wrote and produced this song as well. (The song was debuted with an excellent, doppelganger-infested video last month.) The other new song on the EP is “Memoir”, a soft and pretty acoustic number written by Villagers’ Conor O’Brien.

Terrible Angels‘ final track is a live cover of Bob Dylan’s “Just Like A Woman” and, well… there’s not much else to be said. It’s pretty enough, but Gainsbourg does little to leave her own imprint on the song. Unless you need to hear the song sung with a slight French accent, you’re not missing much here. (She also covered the song with Calexico for Todd Haynes’ I’m Not There soundtrack.) The EP contains a live version of “IRM”, as well.

As an EP, Terrible Angels falls a bit short of the mark. The two new songs are great, but the live material doesn’t offer much incentive to double dip on these releases, as both new tracks will appear on the Stage Whisper double album. Terrible Angels is a decent stopgap if you can’t wait until then, but unnecessary if you plan on grabbing the full release come November.