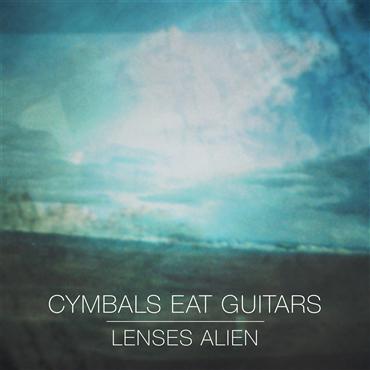 Looking back (and slightly forward), 2011 has been the year of sophomore triumphs. From the perfection and major ripening of Bon Iver and Fleet Foxes to the sweet eclecticism of Lykke Li, it’s been a hell of a year for acts faced with the dreaded sophomore slump. In a typical year, we’ll witness dozens of bands fall victim to the hurdle, but on the whole, bands poised to challenge their respective slumps this year have ended up knocking them out of the park. We’re happy to add one more name to the roster: Cymbals Eat Guitars.

There are a hundred different reasons this record will speak to you louder than its already very good predecessor. Whether it’s the shoegaze approach they’ve adopted that is a perfect fit for the band, the vastly improved musicianship, or the overall boldness with which they attack this album, something’s bound to catch you, whether or not you were taken with the debut album.

Debut effort Why There Are Mountains seemed a little too raw and a little hurried in spots. While very promising, the album was essentially a sonic hodgepodge of noise rock accompanied by some great lyricism. This go around, Cymbals Eat Guitars have taken that raw element and polished their sound to make it something truly admirable. Out with the tinny-sounding guitars and shaky vocals of the “recorded in my parent’s garage” aesthetic, and in with some very deliberate soundscapes and brilliantly configured vocals. It’s the sound of a band that has come into its own and realizes it fully.

How’s this for ambitious? Lenses Alien begins with “Rifle Eyesight (Proper Name)”, an eight-and-a-half-minute opener that spans traditional garage rock, sheer noise rock, and perfect shoegaze with a conclusion that would make most hardcore bands jealous. And while the album never quite reaches the height of the opening track at any other point, it maintains a very steady pace. Jumping back and forth between the aforementioned genres (and stopping off at a few others), the band creates an album that is captivating throughout.

Perhaps best of all, they manage to utilize all the varying genres to form their own unique texture. If someone were to ask me point blank what kind of music Cymbals Eat Guitars plays, I’d have to really think about it before being able to come up with an adequate answer — and even then my answer would probably only do them partial justice. It’s a good problem to have. To be at the forefront of something as unique as Lenses Alien is not only commendable but shows a possibility at staying power many bands simply don’t have these days.

Between the thematic and ultra-literate lyricism of Joseph D’Agostino (“Bring me to the world of guilt and sorrow for the races tonight/where the boats go cutting through undulating mirror images of incandescent spires/the roads there are parabolas with nameless water towers near the exits/you could turn it all on end still wouldn’t be taller than the biotic arch at the crown of creation” – taken from “Definite Darkness”) and the legitimately haunting instrumentalism on tracks like “The Current”, “Shore Points”, and “Gary Condit”, there’s very little to criticize here. The album could have gone a bit smoother or carried a simpler, more cohesive theme, but at the end of the day, Cymbals Eat Guitars have succeeded in creating one of the year’s most surprisingly transcendental sophomore albums.

(Writer’s Note: We realize the artwork may have thrown you off, as you’re likely used to seeing this, but Cymbals Eat Guitars went on record in saying that this is now the official album cover: “Our original cover art for Lenses Alien was a collage that we did as an homage to an artist we admire. When we learned that this artist was not happy with how it turned out, we decided to change the design out of respect for their feelings.”)