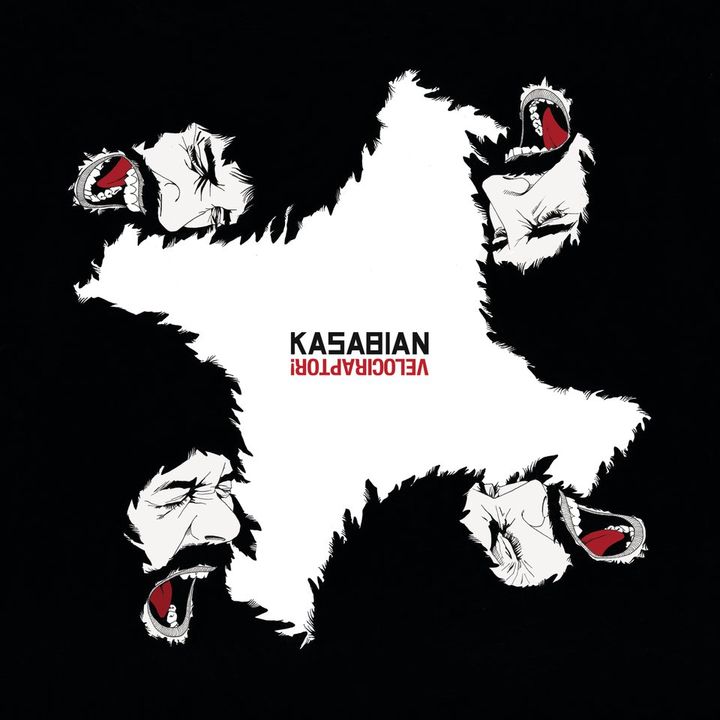 It may seem odd at first glance, but Velociraptor! is the perfect name for Kasabian’s latest album. The UK collective has always had a pack mentality that focused on taking out, or at least surviving against, larger competitors. This release should give opponents a run for their money. Whereas West Rider Pauper Lunatic Asylum polished their space-rock styles, LP number four adds the Kasabian touch to other genres in an electrifying scattershot that still feels coherent and whole.

From the opening gong, Velociraptor! immediately sets itself apart. Rather than starting with a bang, “Let’s Roll Just Like We Used To” builds into a sly, mid-tempo charmer. There’s plenty of room here for the horn blasts, shining keys, and swaying strings. “Days Are Forgotten” combines a downright dirty guitar riff with Arabic-sounding yells. The Middle Eastern influences reach their peak on the sprawling “Acid Turkish Bath (Shelter From the Storm)”. From the wordless intro chant to the cutting strings and the brutal Bonham drumbeat, it’s one of the biggest pieces in the history of a band that has no problem with ambition.

In the days of cassettes, “Acid Turkish Bath” would have been the perfect end to Side A. “I Hear Voices” changes the tone completely, washing the band in Tron­-esque electronica. “Re-wired” and “Switchblade Smiles” move in the same territory, with the latter’s grungy guitar riffs threatening to smash the dance floor to bits.

Fear not, though, Kasabian traditionalists. There’s something here for you, too. “Goodbye Kiss” and “La Fee Verte” are modern takes on McCartney and Lennon-era Beatles tunes, whereas the title track squeezes all the rock of West Rider into three explosive, ridiculous minutes. With such an eclectic display, Kasabian aren’t underdogs anymore. They’ve joined the other predators at the top of the food chain.

Essential Tracks: “Let’s Roll Just Like We Used To”, “Acid Turkish Bath (Shelter From the Storm)”, and “Switchblade Smiles”