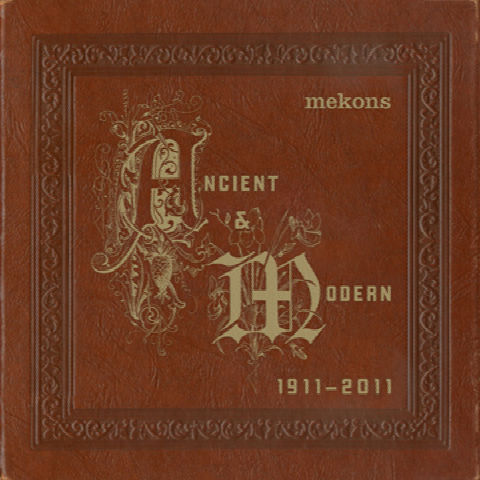 Like most bands whose members have been playing together for half of their lives, the Mekons have mellowed out as time has gone on. The rollicking punk of the English octet’s earliest days has been steadily replaced with sparser compositions that invite labels including “folk-punk“ and “alt-country.” But the important elements of the band’s sound have remained intact, including Jon Langford’s quirky voice and lyrics that beam with vivid detail and LOL-inducing quips. What the Mekons have lost in energy has been made up for with their unique charm, which has never shone more brightly than during the past decade.

But all good things must come to an end, and that time seems to be now for Mekons. On Ancient and Modern, songs like “Warm Summer Sun”, “Geeshie”, and “I Fall Asleep” are nothing if not gripping lyrically, but their musical palettes are essentially stagnant, only highlighted by a few fleeting guitar and violin passages. Even some of the tracks that rock (“Calling All Demons”, “Honey Bear“) are plodding and ultimately futile.

Only two songs prevent this album from being an entirely boring listen. Closer “Arthur’s Angel” stands out with its triumphant chorus and ascending lead guitar line. “Space in Your Face” hits hard by placing the band’s idiosyncrasies at the fore, which is best exhibited by this line from Langford: “Believe me when I tell you you’re a FREAAKKKK SHOWWWWW!” There’s some fun stuff, but nowhere near enough.

Ancient and Modern isn’t going to turn anybody on to this band. But because 2004’s Punk Rock and 2007’s Natural were commendable, at least we know the Mekons may still have a few tricks up their sleeves. It’s just that the tricks — along with the band — are getting old.