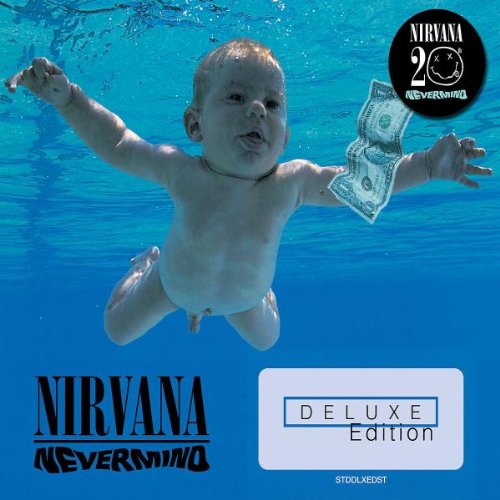 People tend to personalize Nirvana – or, more specifically, Nevermind. Similar to conversations about 9/11, or Kennedy’s assassination (depending on the generation here), it’s always less about the incident and more about the context of it. Take a look at any number of Nirvana retrospectives out there right now. Some dissect the Seattle trio’s music, pinpointing their influences and/or how ahead (or not ahead) of its time they were. But, for the most part, you’re reading several intimate accounts.

Here’s an example. This past August, for their own Nirvana coverage, Spin Magazine interviewed several artists from yesterday and today to discuss their relationship with the group. Girl Talk’s Gregg Gillis was amongst the acclaimed pool, stating: “Nirvana was a pivotal time in my life. It came out right before middle school, which is the perfect time to reject the world and be alienated from your peers.” He went on to discuss how he played “Drain You” for some teenagers today, and how their reaction differed greatly from his, to which Gillis concluded, “…it’s different if you lived through it.”

No doubt, Nevermind is a landmark, iconic album. But, its mythology has become fairly niche. In other words, if you didn’t grow up listening to this – or, you haven’t had the chance to even “grow up” yet – then there’s little this reissue will offer. Full disclosure: The remastering doesn’t really stray too far from its original. “It’s louder,” someone might argue. Yep. Everything’s intact. “Smells Like Teen Spirit” still contains the same teenager-inspiring guitar solo that made Guitar Center millions. “Lithium” continues to wear away one’s teeth with its poppy percussion. “Something in the Way” will always creep you out – especially at night. Nothing’s changed. It’s still the same album you remember hearing [insert here]. For that reason, the first disc is relatively pointless in this two-disc effort.

Sort of. There are B-sides (“Aneurism”, Curmudgeon”) and a slew of live cuts (“D-7”, “School”), but it’s really the second disc that turns heads. More specifically, the Smart Studio Sessions. Recorded in April 1990 at Butch Vig’s Smart Studios in Madison, WI, these eight recordings were eventually used as a demo to snag some major label. You know, like David Geffen’s. What’s fascinating about these demos is how visceral they feel. Early renditions of “In Bloom”, “Immodium” (later titled “Breed”), and one quasi-acoustic take of “Lithium” spark up the earbuds. It’s as if you’re listening to the songs anew. They’re rough, they’re genuine. They feel stripped from Bleach, rather than the far more polished-sounding Nevermind that came to be. On “Pay To Play” – which would become “Stay Away” – it rings far more sludgy and menacing. The same goes for “Dive”, which pounds and thuds with an agression that’s just brutal. Here’s the thing, though. It’s not the history behind these recordings that’s intriguing. It’s that they’re songs you’ve heard greased through rock radio so many times…sounding brand new.

You won’t feel that way with everything. The boom box demos could have easily been squeezed onto 2004’s With the Lights Out box set, and nobody would have noticed. Clunky versions of “Territorial Pissings”, “Smells Like Teen Spirit”, and “Come As You Are” carry some charm, but they’re nothing out of the ordinary for the Nirvana enthusiasts accustomed to hearing crude demos at this point. Although “Old Age” and one meditative-yet-pedal-burning rendition of “Something in the Way” both make for keepers down the road – at least for longtime fans.

But what about those newcomers? Well, on the plus side, if they’re first finding this album, there’s plenty to discover. Think about it: They’re not hearing “Smells Like Teen Spirit” ad-infinitum. New fans get to find the songs themselves. That’s something Kurt Cobain would have preferred, actually. In an interview with Rolling Stone on January 27, 1994, Cobain discussed Nevermind‘s decade-defining single, stating, “Everyone has focused on that song so much. The reason it gets a big reaction is people have seen it on MTV a million times. It’s been pounded into their brains. But I think there are so many other songs that I’ve written that are as good, if not better, than that song, like ‘Drain You’.” Perhaps that’ll be the song for generations of tomorrow; maybe it’ll be “Lounge Act”, or quite possibly it’s neither of them. Who knows? Does it matter? Oh well, whatever, nevermind.