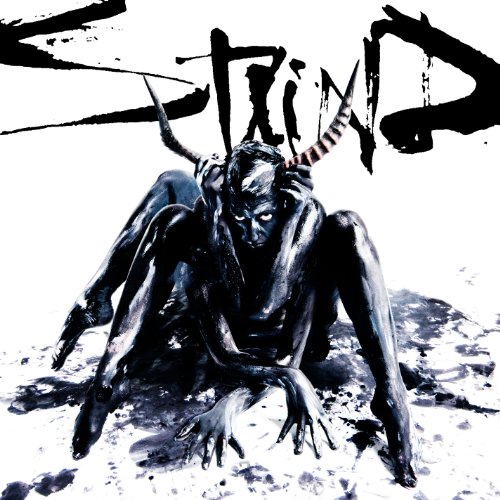 While we playfully ignore 2008’s The Illusion of Progress as though it were Jay Leno, take a moment and remember that Staind used to be somewhat amicable. They weren’t necessarily up there in the pantheon of modern rock royalty, but certainly something worth mentioning in a blurb. I know that a few of you reading this probably sang “It’s Been a While” in your showers at some point, perhaps a friend even loaned you 1996’s Tormented because he was a smarmy, elitist “cool kid” about the whole deal and dreadfully loathed Fred Durst’s future production involvement.

A veritable tsunami of nostalgia has been plaguing us via nu-metal’s struggling resurgence. Sooner or later, a random cave dweller must have wondered whether or not Staind had already missed the train, after vocalist Aaron Lewis’ unfairly lauded hillbilly solo romp (was that even remotely necessary, man? Who wrote your songs? Rehab?). Thankfully, if Limp Bizkit’s Gold Cobra is the middle-age wannabe skater punk, then Staind just took a steel-plated hickory switch to his ass and struck oil.

2011 sees the Massachusetts foursome backing an eponymous gut-punching record that tries resurrecting ’99 with mixed results, pulling a Metallica by releasing what could easily have formed the transitional bridge between Dysfunction and Break the Cycle, sonically. Staind manages to make small errors in judgment along the way: for instance, “Wannabe” should have definitely been a B-side. However, kicking off similarly to 2003’s 14 Shades of Gray‘s “Price to Play” with “Eyes Wide Open”, and actually following through (“Not Again” and “Failing”), the most somber moment winds up appropriately closing the album (“Something to Remind You”), all neat and tidy.

Staind picks up where the muddled melancholy of their previous (ahem) album merely glanced toward (“Paper Wings”), letting guitarist Mike Mushok and bassist Johnny April instrumentally drive every angst-laden vocal bullet into your head (“The Bottom”) without catering to some wretched need for “So Far Away” copycats. I could bitch at them for throwing Transformers: Dark of the Moon a bone with a soundtrack inclusion, but exposure is exposure, and “The Bottom” is an audible-heavy precursor to everything heard on Staind (see: Linkin Park’s “The Great Divide”).

Lyrically, the married-with-children Lewis shows signs that his verbal arsenal has reached a selfishly KoRn-like devolution as he’s gotten older. Where Break the Cycle tended to branch out to subjects including child abuse and worldwide apathy, Staind stagnates on personal vendettas against (and pure frustration with) unnamed forces. Nevertheless, Staind has not sounded this cacophonous and lively since the early phase of the Family Values Tour (“Outside” notwithstanding). Our current decade shows relative promise for the red-capped skeletons in our dusty CD cabinet, with Staind left proving pleasant results can occasionally lie past an act’s alleged retirement age.

You go on ahead and download this one with sinister cover art intact, then put “Wannabe” in the recycling bin with Jimmy Fallon’s “Idiot Boyfriend”. Maybe that’s why their drummer quit.