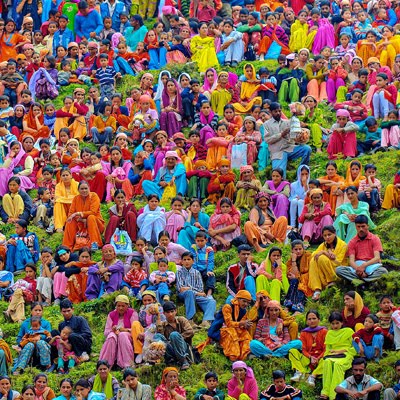 In many ways, the new album by Portugal’s The Gift sounds as if it were designed to be their introduction to a massive audience. Though they’ve been around since 1994, they haven’t quite reached the same kind of audiences worldwide that they have at home (despite their huge, Flaming Lips-style stage show, not to mention having opened throughout the U.S. for those same Lips). The neon synths, pulsing energy, and insane enthusiasm inspire a healthy grin throughout. Hopping manically amongst diverse genres, yet always rooted in an approachable sort of alternative rock, vocalist Sonia Tavares, keyboardist Nuno GonÃ§alves, and multi-instrumentalists John GonÃ§alves and Miguel Ribeiro want you to dance along, to smile, to be with them.

Opener “Let It Be By Me” pulses with psychedelic life, layer upon layer prodding the listener into a frenzy. “Made for You”, originally guerrilla marketed as the work of actors Lukas Haas and Isabel Lucas, who appear in the video, opens on a distant, sparkling tone, before a marching rhythm and horn section propels everything towards a triumphant conclusion. However, lyrics like “Read books, not Facebooks!” are too cheesy to act as a proper rallying cry.

Though there are traces of their psychedelic tendencies swirling in the background, “RGB” leans heavily on radio-friendly rock, chugging on a riffy guitar line. “There’s no dance in the dark/let the fireworks start” acts as a sort of refrain, repeated at crucial moments during the sprawling track that hits Coldplay, maybe even Kings of Leon levels of commercial epic. The almost proggy “The Singles”, however, hits a totally different epic radio tone, finding itself closer to MGMT’s electro-bombast. Other tracks have their own eccentricities: “Mermaid Song” relies on weighty, watery vocal effects, while the distorted piano on Portuguese-sung “Primavera” vaguely recalls Beach House, and the harp and shout-along vocals on “My Sun” recall Polyphonic Spree. Altogether, there are enough high notes to demand attention, but the album’s best moments are nothing entirely different from big name radio tracks.

Essential Tracks: Let It Be By Me”, “Primavera”