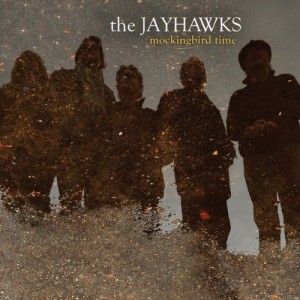 Believe it or not, but it’s been eight years since Rainy Day Music, The Jayhawks‘ last full-length. It’s been even longer (16 years) since co-songwriter Mark Olson departed to spend more time with then-wife Victoria Williams and her guitar following 1995’s Tomorrow the Green Grass. But, in the time since, Olson and Gary Louris recorded an album together, reunited for a few tours (including Jayhawks shows at 2009’s Primavera Sound), and released respective solo records.

They’ve kept busy, but, nevertheless, Mockingbird Time marks a return of sorts, a return to some semblance of a true Jayhawks roster — difficult for a band who’s seen this many changes in personnel. Along with Mark Olson, keyboardist Karen Grotberg returns to the fold, last seen on 2000’s Smile. In so many ways, this is the first real Jayhawks album in some time.

So, what does all this mean for Mockingbird Time? The Jayhawks have always been at their best when balancing elegant, ornamental alt-country with powerful, soulful harmonies and insanely catchy melodies (See: 1992’s Hollywood Town Hall). Abrupt changes, determined song structures, and keen attention to detail make up the best moments in The Jayhawks’ discography. When they hit their stride, they pull off a curious blend of rootsy vitality and singer-songwriter vulnerability. Shaky vocals are eclipsed by CSNY-soaring harmonies over muscled guitars and graceful keys (“Closer to Your Side”, “Cinnamon Love”, and “Black Eyed Susan”).

There’s plenty of that goodness here. But while many of these songs succeed, some performances also feel slightly phoned in. “Hide Your Colors” is one of the more unremarkable album openers in recent memory. “High Water Blues” is an incessant, overstated power-roots romp, and more of an annoyance than anything else. And a few vocals, such as those on “She Walks in So Many Ways” (a song with some pretty weak lyrics, as well) sound the slightest bit flat, as if the shakiness that usually adds to Louris and Olson’s high soaring harmonies actually handicaps them.

Still, many of the songs here remind us of the Jayhawks’ heyday. The few missteps, however, also remind us that they’ve fallen somewhat short of fully capturing that spirit. But for a band that’s been away this long, they do a damn fine job of trying.  Hell, they’re only a few bucks shy.

Essential Tracks: “Closer to Your Side”, “Cinnamon Love”, “Stand Out in the Rain”, and “Black Eyed Susan”