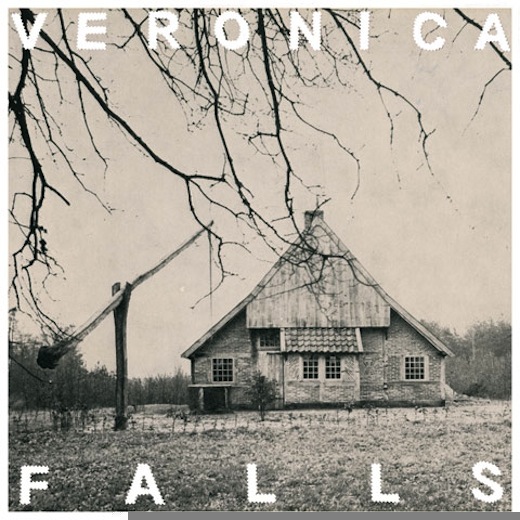 Veronica Falls have been building considerable buzz over the past two years thanks to a string of well-received singles. The London quartet’s harmony-laden, jangly guitar pop is the kind of sound proven time and time again to send the average blogger heart a-flutter. Now that the highly anticipated full-length self-titled album is here, plus an upcoming tour in support of The Drums, Veronica Falls are poised to become the Next Big Thing.

Initially, Veronica Falls can come across as yet another work of light, sunny lo-fi indie pop with a major case of nostalgia, or at least upon a less attentive listen. However, as promised by the portentous album cover, there is something sinister amidst the 60’s doo-wop, boy-girl harmonies. “Misery” closes with what could be a spooky nursery rhyme, something with which the music of Veronica Falls shares much in common. Just as nursery rhymes wrap tales of babies and anthropomorphic eggs falling to certain doom in a blanket of pleasant melodies, Veronica Falls counter their affinity for lyrics of darkness and death with sweet pop.

On the deceptively upbeat “Found Love in a Graveyard”, Veronica Falls tell the tale of falling for a ghost, and dips into surf-rock on the irresistible “Beachy Head”, an ode of longing for a popular suicide locale. Yet, for all their hooks and macabre, the band never quite soars towards the stratosphere, nor does their preoccupation with the dark side of life ever fully pull them into the abyss. While this sense of restraint feels deliberate, it does raise hopes that the band will fully go off the deep end the next time around. Nevertheless, Veronica Falls is an overall engaging album of contrasts.