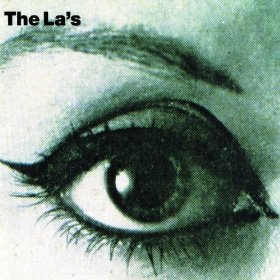 When questioned in a 1991 interview with Rolling Stone regarding what new music he was listening to, Eric Clapton responded: “I’m very out of step at the moment. The only thing that I’ve really liked is a guy called Lee Mavers, who sings with the La’s. He’s got a stance and a style that I think is tremendous. I saw them do a thing on TV with him and an acoustic guitar and the bass player with an acoustic bass, and they did that song ‘There She Goes’, and it was so strong.”

That’s high praise from a man who once held the title of “God.” Unfortunately, it wasn’t enough to prevent the band from breaking up that same year. The La’s existed at a time in which hair metal was all over American radio, and Manchester had yet to go “Mad” in the UK. Existing in a world unto itself, the La’s and their music helped usher in the era of Britpop, all while retaining a root in the British Invasion.

The biggest presence in the history of The La’s, Lee Mavers joined the band, first as rhythm guitarist, then as the band’s principle songwriter. With founding member Mike Badger’s departure in 1986, Mavers became the band’s de facto leader. In that same year, John Power joined the band on bass, and in doing so forged a solid partnership with Mavers. After an onstage quarrel with Mavers in December 1991, and the increased frustration of having played the same set of songs since 1986, Power quit the band, effectively dissolving it, leaving behind four singles, and one of the most critically acclaimed albums of the decade.

After going through a series of producers including John Leckie (Radiohead, Stone Roses), Mike Hedges (The Cure, The Undertones), and John Porter (The Smiths), the band’s final attempt at recording an album landed in the hands of Steve Lillywhite (U2, Simple Minds), and his now legendary Eden Sessions. Tension was immediate, with the band claiming Lillywhite didn’t understand their sound.

In a 1990 interview with Q Magazine, Mavers described the recording session: “We walked out on it while we were doing it. We hated it because we weren’t getting our sound across, so we turned our back on it. [The record label Go! Discs] got it together from a load of backing tapes and mixed it up themselves and put it out.” The album that was eventually released in the fall of 1990 was put together by Lillywhite, without any input from Mavers or the other La’s. While promoting the album, Mavers told New Musical Express, “I hate it. It’s the worst, a pile of shit. There is not one good thing I can find to say about it.” The band even hated the now somewhat iconic album art.

Andy MacDonald, co-founder of Go! Discs said, in regards to the album, “We think it’s a great record, the reviews have been wildly enthusiastic. Lee is very talented, but he can’t recognize how good the record really is.” Upon its release, The La’s was immediately hailed by critics and adored by college radio. The harmonies and hooks are indelibly tied to early 60s pop, with a strong tip of the hat to another set of Liverpudlians. The band’s sound, despite the obvious linkage to a bygone era, never sounds dated, maintaining a fresh, unique identity without ever becoming derivative or ironic.

The slight Mersey Beat sound of “Way Out” and “Liberty Ship” carries Mavers’ slightly depressing lyrics, while the piercing twang of “Doledrum”, a slight two-step, seems to spring from listening to an excess of early Rolling Stones. A glorious pop song, “Feelin’” has a sunshine pop beat, and a repetitive guitar hook bringing to mind bubblegum era bands like the Monkees. “Timeless Melody” begins in a swirl of guitar and percussion, not quite psychedelic, but enough to provoke the imagery. The song’s clutter drops to reveal the standard four-piece pop band, complete with a chorus harkening the Byrds’ Fifth Dimension era. A rocking pop song without calling on the production clichés of the day, “Timeless Melody” could have very well been as monumental a track as “There She Goes”.

“There She Goes” has gone on to become the album’s centerpiece, literally and figuratively. “I thought it would be big, a lot bigger than it was, but then forgotten like a lot of pop songs,” said guitarist John Byrne. “In retrospect, the opposite happened.” Along with one of the most memorable opening riffs in pop rock, the major-minor chord changes and the Mavers-Power harmonies have helped make “There She Goes” one of rock’s more memorable and poignant love songs. Urban legend once attributed the meaning behind much of “There She Goes” to be an ode to heroin, citing lyrics “…racing through my brain…pulsing through my veins…no one else can heal my pain.” This was denied by ex-guitarist Paul Hemmings in MW Macefield’s 2003 In Search of the La’s: A Secret Liverpool.

Mavers’ perfectionism and constant tinkering has often been blamed for the delay in the album’s recording and release. Byrne later claimed that “I’d try a guitar part 20 different times with 20 different guitars,” and producer Leckie characterized his two months working with the band in 1988 as “spine-tingling.” Lillywhite claimed that Mavers is in denial of even having completed a record, likening it to Brian Wilson’s SMiLE. “He’s not going to do any more recording until he makes that album,” Lillywhite said. “In his mind, he still hasn’t.” While working with the La’s in London, Lillywhite remembered Mavers playing a song he wrote called “Fishing Net” that Lillywhite described as one of the best he ever heard. When he asked Mavers if they could record it, Mavers replied “No, that’s for the second album.”

Until Mavers gives the world that second album, or is able to record his perfect version of this album (if that is even a possibility), the 2008 deluxe edition which features a version of the entire album as mixed and sequenced  by producer Mike Hedges will have to do.