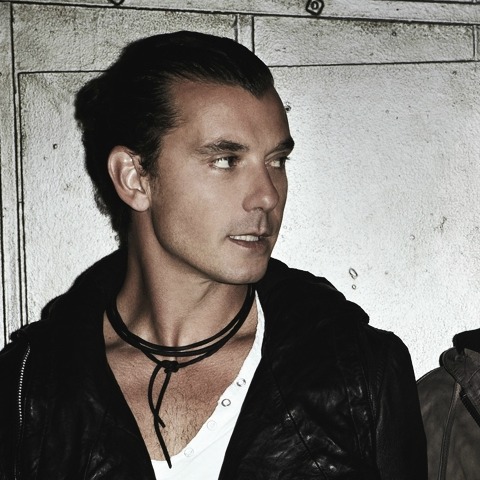 Ten years is a long time to wait between records, but Bush‘s Gavin Rossdale has been rather patient. He’s also been incredibly busy. Since the breakup of the highly successful post-grunge quartet, Rossdale, 45, has formed a side project (2004’s Institute), released a solo album (2008’s Wanderlust), and appeared in various films (2005’s Constantine, 2008’s How to Rob a Bank). But now he’s ready to return to his original outfit with the release of The Sea of Memories, Bush’s fifth LP and their long awaited follow up to 2001’s Golden State.

But a lot has changed since 2001. Most obvious of all is that it’s not the same band. While Rossdale will continue to pummel out chords in front of drummer Robin Goodridge, he’ll also be sharing the stage with recent collaborator Chris Traynor, who fills in for longtime guitarist Nigel Pulsford, in addition to bassist Corey Britz. As for the new LP, it won’t be out on any major label. Instead, Rossdale has shifted over to his own imprint, Zuma Rock Records, which means, yes, Bush is now an independent act.

Still, regardless of the changes, Rossdale feels as if he’s picking up where he left off, and he’s rather excited about it, too. Recently, the multi-tasking frontman took some time to chat with Consequence of Sound about the reunion, the new LP, living in America, and, naturally, Ray Kurzweil.

When did the idea for Bush to reunite come to mind?

I began writing, and I must have done six or 10 songs, and I was thinking that the weakest link was that they were coming out under my name and not Bush. I just rationalized. I just kept asking why. Why would I rationalize it? If Nigel [Pulsford] wasn’t coming back, then so be it. I also created that band. I was the first one there, so therefore, why would I say, “You don’t want to do it, so let’s not do it.” It just seemed ridiculous. I thought of bands like The Cure and I just figured, let’s just do it. And, you know what, it’s been the best decision I’ve ever made. It’s one of those decisions where you go, Why did it take so long? Well, that’s just the way it went, and if you live a forward leaning life, those sort of questions don’t have any meaning or merit. They’re just frustrating.

Now that you’re back, you’re having some fun with the old back catalogue. Any effort you’ve grown fond of, particularly?

We’ve been playing “Land of the Living”, which is off Golden State, and it’s been phenomenal live. We also sometimes play “Superman”. Golden State was a very unfortunate record. It came out right around the time the twin towers fell, and it was difficult for anyone to come out with anything at that point. It was just totally irrelevant in the scheme of life. So, there are certain songs on that record like “Inflatable” that didn’t get the proper light, so we like to play it now, and it’s exciting to see people discover them.

You recently played at home at the Sunset Strip Festival – how’d that go?

It was so weird, playing on Sunset, where you drive everyday. I literally live 10 minutes down the road from there. So, it was kind of funny. But before we played, the crowd was a bit sporadic; normally at festivals, you get the traffic, not necessarily for you, but it kind of makes you feel good. It was getting sparse, and I was thinking, Oh fuck, but when we played you couldn’t see the street and on the sides, next to the hill, near the Key Club, the carpark, the Bank of America, the VIP area, it was just packed as far as you can see. And people were hanging out of windows and on top of buildings – so you couldn’t have scripted it better.

You primarily live out in LA?

Yeah, for the most part. We still have a place in London and I go there about three or four times a year.

Do you feel that the city’s changed your personality over the years?

I’ve only been living here full time for like five years, and before that I was in London. But, yeah, I learned a lot about personal space. In England – and Europe, actually – some people call it the Euro barge, there’s no sense of personal space. You cut people off while crossing the street – it’s rude. And here, in America, there’s much better manners, so no one really does that, and if they do, they say, “Excuse me.” In Los Angeles, if you’re crossing the street, you can easily say hello to someone – hello, good morning, it doesn’t matter. In New York, people think your nuts to do that. In England, they’ll probably tell you to fuck off. So, sometimes I forget where I am, and I try to adopt the attitude. So, like in England, they drive much better. Here, no one even thanks you when you let them through. So, sometimes culturally, you have to figure out the differences. But, I don’t really mind where I am – I’m nomadic. I love setting up shop wherever I am, but I’m happy anywhere now, especially having a family close by.

What about the band now? With only two English members, would you consider yourself a UK act anymore?

It’s all global. It’s ironic. What’s even more ironic is that I’ve married an American girl, I have an American family, with American children, who also happen to be English. So the walls just came down so long ago for me that I don’t really see it. America gave me life. I’m like the Pixies in reverse. We’re seeing where it grows.