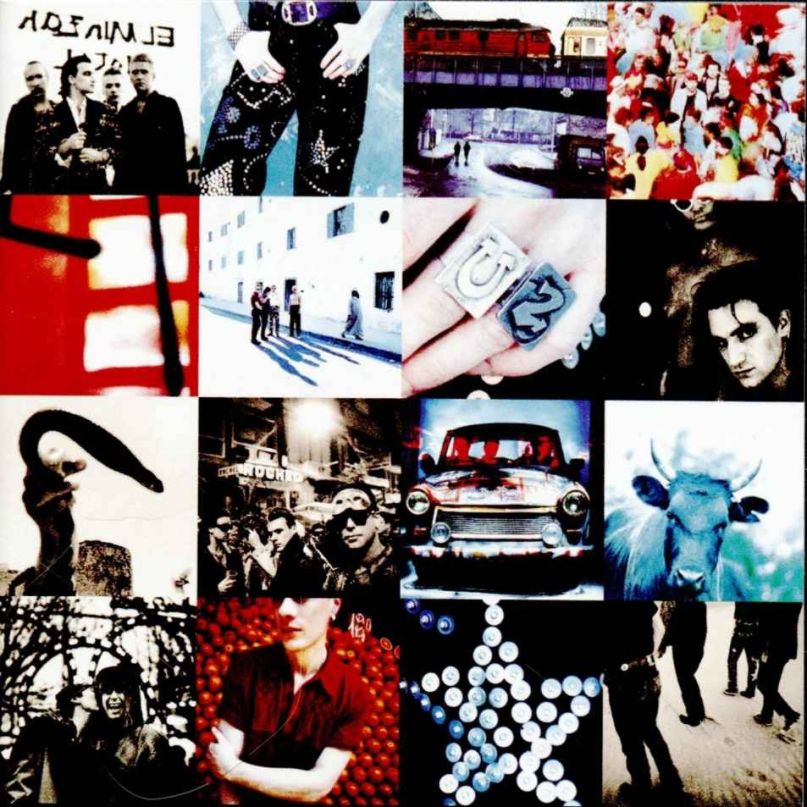 Along with a massive box set and documentary, U2 will celebrate the 20th anniversary of their landmark album Achtung Baby with a star-studded covers album. Announcing the news at a press conference in Toronto this afternoon (via Rolling Stone), Bono explained that the project is being commissioned by British music magazine Q, and will see Jack White cover “Love Is Blindness”, Depeche Mode tackle “So Cruel”, Patti Smith take on “Until the End of the World”, and Damian Rice play “One”. “It just goes on. And its strange, because when I hear the album, when U2 do it, all I hear is whats wrong with it. But when I heard all these artists doing it, I thought, Its really good,'” Bono explained.

Bono also added that artist Damien Hirst recently completed a video for “Even Better Than The Real Thing”. “He made a very special art work, which has only been shown once and probably wont be shown again, because [it was for the] Glastonbury festival and its an extraordinary work of art.”

There’s no ETA for either project, but Slicing Up Eyeballs reports that the covers album may be included in the aforementioned box set, which is due for release on November 1st. We’ll keep you updated.