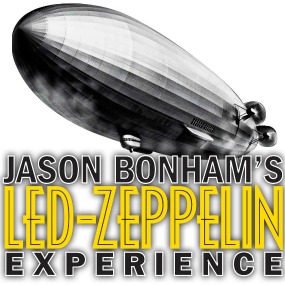 If you didn’t get lucky in that raffle for Led Zeppelin‘s one-off reunion at 2007’s Ahmet ErtegÃ¼n Tribute Concert, then this likely won’t make up for it. But, it’s something. Once again, Jason Bonham – that is, the son of late drummer god John Bonham – plans on bringing his tribute act, aptly dubbed Jason Bonham’s Led Zeppelin Experience, on the road this fall.

“The music created by John Paul Jones, Jimmy Page, Robert Plant and my father John Bonham is timeless, groundbreaking and pure magic,” says Bonham, in a press release. “I always feel closer to him while I’m performing their music and the response has been overwhelming.”

Fans shouldn’t expect the silver fox lightning of Mr. Page, or the straggly ethos of Mr. Plant, on this run of dates. But, they can anticipate a wide variety of hits, ranging from “Your Time Is Gonna Come” to “Celebration Day” to “Kashmir”. So, basically, a cover band with an edge, so to speak. An edge that works with the blood of a former god. Not too bad.

Check out the complete tour schedule below, along with video from the last tour.