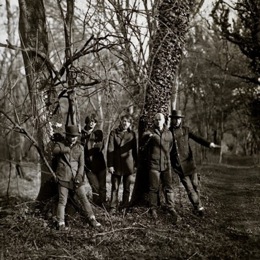 Radiohead’s New York City takeover continues. In addition to upcoming appearances on Saturday Night Live and The Colbert Report, the band has just announced a pair of shows at the Roseland Ballroom for September 28th and 29th.

Update: According to his Twitter, Four Tet, along with fellow producers RocketNumberNine, Falty DL, and Pearson Sound, will also be appearing at both shows. If you recall, both Four Tet and Pearson Sound participated in The King Of Limbs remix series.

According to an issued press release, tickets will go on sale at 10:00 a.m. ET on September 26th via Ticketmaster. There is a two ticket limit per household. All tickets will be available for pick up at will call the evening of the event beginning at 6:30 p.m. and entry into the venue is required immediately upon receipt. No tickets shall be distributed prior to the event.