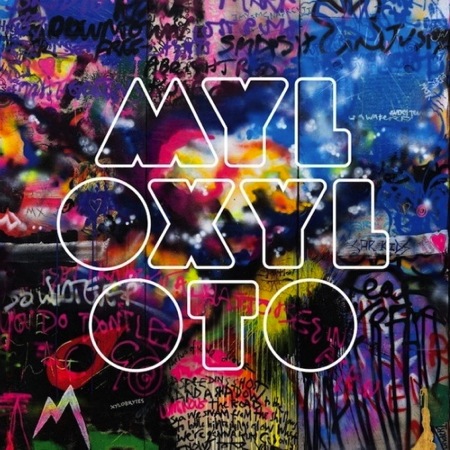 Some love ’em, some hate ’em. Regardless, their success is paramount. In a recent op-ed piece in The New Yorker titled “Why Don’t I Like Coldplay?: An Investigation”, writer Sasha Frere-Jones digresses: “What puts [Coldplay] up into some higher level of accessibility must be an averaging of [Chris] Martin’s guarantee to never shock or offend anyone—which parents value—and the toy soldier brand of pageantry and celebration that underpins so many songs.” Fan or not, it’s hard to disagree with Frere-Jones here. Since their inception in the late ’90s, the UK collective have hardly breached areas that weren’t destined for success. Their debut album, Parachutes, oozed of surrounding acclaimed British talents—specifically Travis and early Radiohead—while its follow-up, 2002’s A Rush of Blood to the Head, shifted this sound forward, albeit more polished and assured. Over the past decade, they’ve ricocheted inside the boundaries they’ve built around themselves (e.g. 2005’s X&Y), only cracking through in moments (2008’s Viva La Vida or Death and All His Friends). But they’re hardly seeking success anymore; instead, success comes to them. This past summer they proved that when they headlined half a dozen festivals without an LP out to support. Visit YouTube, search for “coldplay, fix you, live”, and you’ll see how solid of a connection they have with their audiences today: People eat this stuff up.

And they never get full. Ever. On Coldplay’s latest LP, the eccentrically titled Mylo Xyloto, Chris Martin and the gang continue to shelve out these festival-ready ballads and straight-to-cinema singles. The only difference? They’re louder and more polished. If critics had a difficult time considering the band “alternative” before, they’ll lose sleep over it now. Check out current single “Paradise”. It’s catchy, it’s addicting, and it’s almost a paint-by-numbers Coldplay single, except now it’s weighty in excess, sounding more like a hip-hop anthem than something akin to Brit-pop. That’s understandable, especially given Martin’s allegiance to Kanye West and Jay-Z, but it’s slightly gaudy.

That’s a good word to work with here: “gaudy.” So much of Mylo Xyloto is awash in synthetic tones, all designed to flash ‘n’ dazzle, that it feels too cheap by its end. Take past single “Every Teardrop Is a Waterfall”, probably the album’s weakest track, but also its true harbinger. Heartbeat drums, miles of synth lines, and scattered guitar parts make for one of the most convoluted tracks in the band’s repertoire. Lyrically, it’s almost insulting. We’ve heard many a lame lyric from Martin, but this one’s filled with solid clunkers (“I turn the music up/I got my record on/from underneath the rubble/sing a rebel song”). It doesn’t help that he repeats the annoying title again and again.

As Frere-Jones continues in his investigation, “Seven out of ten times, Coldplay sound almost exactly like U2—the U2 that exists now, not the wiry, feral U2 of 1980 (which would be a decent idea).” It’s an obvious comparison (have you heard “Life in Technicolor”?), though it’s never been this obvious. Tracks like the rollicking “Charlie Brown” or the uber-rollicking “Don’t Let It Break Your Heart” echo any number of songs off recent U2 efforts—vocally and instrumentally. Martin croons at a pace similar to Bono, The Edge haunts Jonny Buckland’s every riff (for best example, see: “Major Minus”), while Adam Clayton could fill in for Coldplay bassist Guy Berryman, and no one would ever know. This sort of aping used to be slightly charming, but now it’s just distracting.

With their last effort, Viva La Vida…, Coldplay carved out a dense, intricate collage, layered to precision that, for the most part, worked through and through. Although its later EP, Prospekt’s March, trimmed much of the fat, the original LP can still be regarded for its true focus. To contrast, Mylo Xyloto is a clustered collection of ideas and themes. It’s almost the antithesis of their previous work. A track like “Major Minus” has all the right trinkets for a perfect atmosphere but lacks a solid verse. “Up in Flames” climbs higher and higher but to nowhere in particular. Rihanna interestingly enough pops up on “Princess of China”, but namely for kicks or, to borrow from Perry Farrell, “just because.”

It’s not all troublesome. Early on, “Hurts Like Heaven” runs off this TV on the Radio-like swagger, which works to Martin’s benefit. When he croons, “Yes, you/You use your heart like a weapon/and it hurts like heaven,” it’s no doubt nonsensical, but it really gels. Instrumentally, it’s one of the more adventurous pieces. Buckland goes to town before song’s end, skating about under harmonies and effects that tug the heart like old Cure tracks. A little later, Martin keeps things close to earth on “Us Against the World”, one of the more tender moments in the album’s frantic composure. He softly sings, “Through chaos as it swirls/It’s just us against the world.” Of course, that couldn’t be further from the truth. Judging from the hoopla that surrounds them, it’s hard to believe they’re against anyone but themselves. Because of this, Mylo Xyloto feels like the group’s mid-life crisis. They’re attempting to breach their comfort zone, and they’re definitely drilling away here, but it’s questionable whether or not it’s in the right area. But really, does it matter? There’s no real, clean-cut answer to that, though you can start by asking their millions of fans.

Essential Tracks: “Hurts Like Heaven”, “Us Against the World”