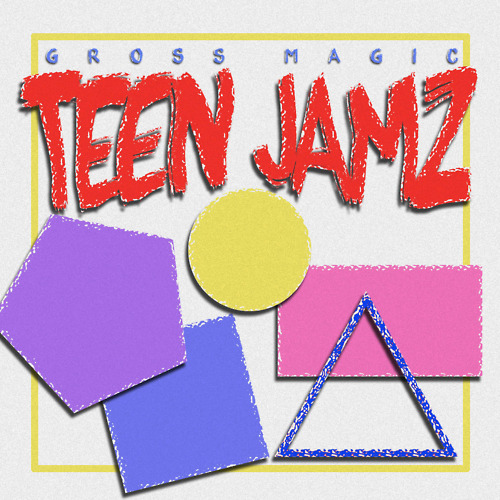 Sam McGarrigle, the 20-year-old Brighton, England, artist behind Gross Magic, hadn’t even been born yet when the 1980s came to a close. When he explores varying pop conventions through the nostalgic lens that lays the foundation of chillwave, he’s drawing inspiration from a decade that he’s only able to relate to secondhand.

This removal may have allowed McGarrigle to take the unique-enough bent in his musical approach that separates him from the cluttered indie music archetype of ballyhooed whippersnappers with laptops and MIDI controllers. Gross Magic makes chillwave that’s strange again, as strange as it sounded in the earliest Ariel Pink tracks and as weird as we’ve heard since the first Neon Indian record. Gross Magic takes a genre that the indie blogosphere coined and immediately pushed toward an early grave through overhype and somehow makes it sound new again.

“Teen Jamz” is essential in its oddness, coming across as a traditional three-chord rocker until the chorus, where McGarrigle’s voice multiplies into a cacophonous, feminine swirl; his singing voice could be mistaken for that of a female on most of the tracks on the EP. “Sweetest Touch” breaks open with a Transmissions-­era Flaming Lips-like burst of fuzz guitar riffing, which in contrast with the gentler piano ballad “Dream Gurl” shows a nice range. “Can’t Ignore My Heart” channels synthpop through the warbly VHS lens we’ve grown accustomed to these last few years; it’d be damnable if the song wasn’t so catchy. The vocal filters and approach remain unusual almost throughout, which lends the Teen Jamz EP evenness as it jumps between different instruments and pop styles.

Nothing’s being reinvented here, but Gross Magic displays enough idiosyncrasies to stand out from the crowd. If McGarrigle can extend these ideas through a full-length record, he’ll likely make a bigger splash.