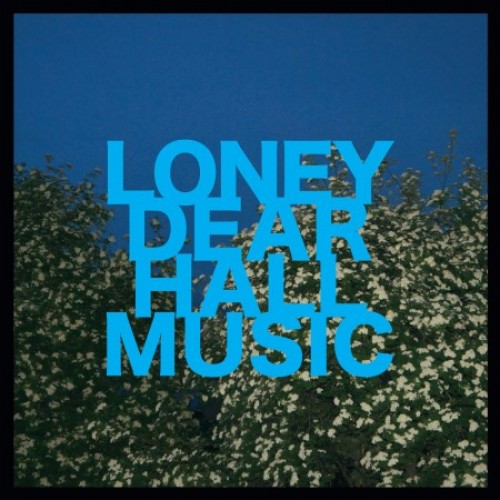 In his native Sweden, Emil SvanÃ¤ngen recorded four albums in his parents’ basement, and self-released them under the moniker Loney, Dear. These albums became something of a word-of-mouth phenomenon, eventually leading to his third LP, Loney, Noir, getting the reissue treatment by heavy-hitters Sub Pop. SvanÃ¤ngen continued to record at home for his Polyvinyl debut, Dear John, and, following an American tour with label mates Asobi Seksu, SvanÃ¤ngen returned to Sweden to perform a series of shows with chamber orchestras.

Although the works of Loney, Dear have always been densely layered, these orchestral experiences have left a clear mark on SvanÃ¤ngen’s aptly-titled new album, Hall Music. SvanÃ¤ngen’s signature intricately composed harmonies and synth are still layered on, but are now intermingled with organic strings, and a church-like vibe. Opener “Name” hints that Hall Music might be an overwhelmingly sorrowful affair, thanks to what comes across as an amalgamation of vintage keyboards and a possessed organ, but “My Heart” chimes in with the majestic sort of church bells and choir that recall an uplifting Christmas service.

SvanÃ¤ngen’s voice is the kind of delicate entity that was made for the heartfelt. It makes for above-average twee/folk pop on “Durmoll” and “Loney Blues”, but “Young Heart” proves especially affecting, as it pushes the range of his falsetto. “What Have I Become” is another stunner, featuring previous collaborator Malin StÃ¥hlberg taking over vocals for the one-man orchestra, ending Hall Music on a lighter note. Hall Music offers some thrilling contrasts, both in style and mood, giving Loney, Dear’s sound a more orchestral makeover. It might be the realization of the Loney, Dear dream, but Hall Music is also a delight in the world of chamber pop.

Essential Tracks: “Young Heart”, “What Have I Become”