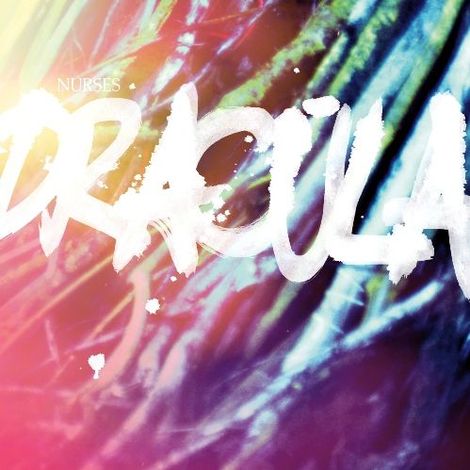 Often compared to Animal Collective and MGMT, Portland trio Nurses originally wooed critics with their 2009 debut, Apple’s Acres. Sweet, synthesized, and nostalgic, the disc was a credible first step into the indie scene. Its interesting synth twists, intermingled and driven by the group’s vocalist Aaron Chapman, distinguished this album as a testament to Nurses’ creative vision for their music.

An impressive follow-up, Dracula seduces immediately with its first track, “Fever Dreams”. It’s a song that makes you want to dance wildly, sing loudly, and act “feverishly.” It owns a memorable hook, an ambient bass line, and an impressive, artistically ranged series of percussion. “You Lookin’ Twice” is the strongest effort on the album and possibly one of the better tracks of the year. It starts with a heady drumbeat and a good mix of synth, and proceeds to paint the sounds of summer. On this track, and others, Chapman’s voice moans and creaks in an imperfect, titillating way; it’s a truly ethereal pairing with the transcendent style of the music.

The album does falter at times. “Extra Fast”, “New Feelings”, and “Wouldn’t Tell” could have used some more development rhythmically. These stand out simply because the other tracks on the album are so catchy, so mesmerizing in their delivery. “Through the Window” sounds like it was influenced by a mix of Portishead and Massive Attack; it’s heavily electronic, sensual, and much darker compared to its surroundings. “So Sweet” and “Trying to Reach You” resume with some lighthearted and tantalizing tribal-electro beats. Again, these songs will leave you wanting to dance barefoot on the grass, singing and smiling along with Chapman.

Essential Tracks: “You Lookin’ Twice”, “Fever Dreams”, and “So Sweet”