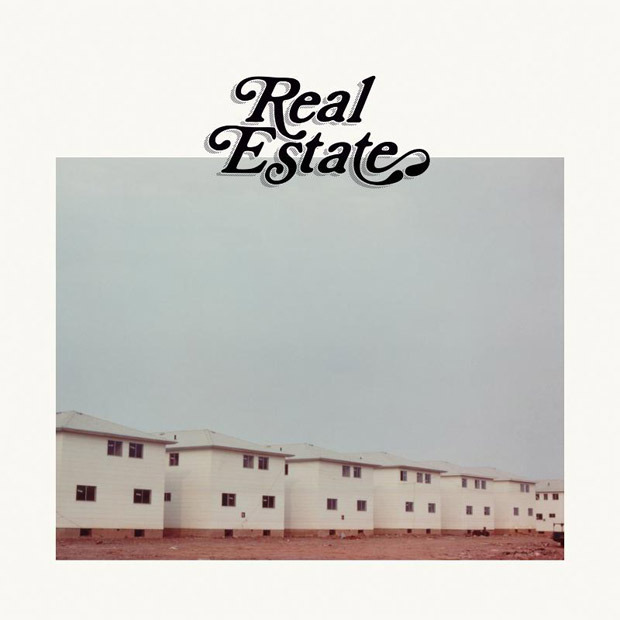 Debuting in 2009, Brooklyn-by-way-of-New-Jersey psychedelic surf-pop band Real Estate garnered attention with a simple sound of a decidedly retro vintage. Now, some two years later, the band returns with their sophomore album, Days, produced by Kevin McMahon (Titus Andronicus, The Walkmen) in the less than tropical locale of upstate New York. The resulting 10-track effort is still Real Estate, for better or for worse.

Real Estate has never been much of an original band, debuting amongst a slew of similar-sounding bands with the same bubbly, lo-fi blend of punk and ’60s rock and roll. Album openers like “Easy” and “Green Aisles” are the very definition of the sonic niche they’ve adopted for themselves: a baseline sound somewhere between burned-out fuzz and sunny garage pop/rock covered in the trappings of surf and sun (i.e. the vaguely psychedelic roots and minimalist, yet enthusiastic, structures), all topped off with a hint of beach bum abandonment. Catchy as they may be, they demonstrate the band’s quasi-stagnant dedication to one ethos that doesn’t have to be so by the book.

However, they do find a new cove to play and experiment in, doling out tracks like “Kinder Blumen” and “Younger Than Yesterday”. The former is an instrumental jam that still exudes the surf-rock vibe, but there is also something decidedly edgier and rougher to it, as if the normally tight playing was allowed to wander ever so slightly. On the other hand, the latter leaves that vibe behind, again in a subtle sort of way, for a more alt-country-inspired, utterly lonesome vibe. There is very little to back up a claim of true musical growth, but it’s something of a start.

Call it getting lost in a sea of other great bands, but Real Estate has yet to truly claim their own piece of the surf-pop movement. Perhaps a move off of the white sands may be in order?