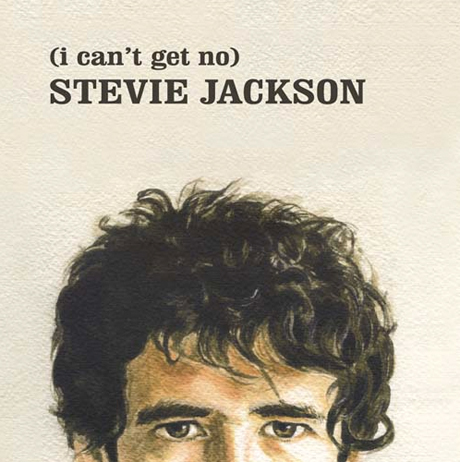 Guitarist Stevie Jackson has played the role of dutiful guitar player for Stuart Murdoch going on 15 years. Their band, Belle & Sebastian, and their twee-rock continues to delight their most devoted fans, and Jackson is a major part of that. In addition to guitar play, the Glasgow native is responsible for writing a few classic pop-inspired tunes from 1998’s The Boy with the Arab Strap all the way to last year’s Belle & Sebastian Write About Love, varying from slow and solemn to (“Seymour Stein”) to uppiest of upbeat (“To Be Myself Completely”). For the first time, he finds himself attempting to stretch his abilities over an entire album with the hilariously titled I Can’t Get No (Stevie Jackson) (sing The Rolling Stones song it resembles if you don’t get the joke).

The result is a collection of absolutely pleasant pop, but it’s lacking the wit Murdoch so often brings to the table. It isn’t an unfair comparison, considering that Murdoch is the king of the twee-pop realm. Still, Jackson has positive moments that try to outshine some of the sluggish output. A good example is found in “Telephone Song”, with a string-swept lovely chorus trying to sweep away dull verses. The acoustic “Bird’s Eye View” may nick the guitar line from “Read the Blessed Pages”, but it’s undeniably enjoyable, much like the Dave Clark Five-homage within “Press Send” (“Don’t send/Do send/Don’t send/Do/Press send”).

Unfortunately, there are times when Jackson tries to evoke others but falls short. He resembles Ben Folds at his worst in “Just, Just So to the Point”, a tuneless track that features lame, “ironic” white-boy rapping. Album closer “Feel the Morning” tries to bring back memories of The Kinks’ “Sunny Afternoon”, but winds up lazy rather than blazin’. Even album opener “Pure of Heart” and its punchy, staccato riffs tries desperately to call back his own band in Belle & Sebastian, only to appear effortless in a bad way, as in no effort was put into making this a good song.

At the end of the day, I Can’t Get No (Stevie Jackson) proves that Jackson is a perfectly capable guitarist for the band he plays in, who has the ability to whip a song now and again for a long player. Writing a whole album’s worth of material? Not so much. Basically, listen to every other Belle & Sebastian album instead.