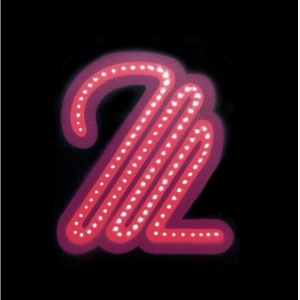 Thenewno2’s latest release doesn’t feel like a definitive plan for the future. Instead, EP002 contains a few experiments in different styles that might find their way to LP #2. These three new tracks aren’t often held to traditional structures. They slip and slide through hip-hop beats, spacey atmospheres, and guest appearances to create a fascinating look at what might come next.

“Wide Awake” is distinctive for a couple reasons. It’s the only song here without a guest star and it relies more on squiggly synth lines than guitar riffs. Gently, melancholic keys and a slow, slamming drumbeat put the group right in Pink Floyd territory. Dhani Harrison’s vocals alternate between a seductive falsetto and being practically spit out. The fuzzy solo is an excellent endcap to this buildup as well.

When it comes to the two guest appearances, “Mr. President” is certainly more notable. This political number combines grungy guitars with urban beats, laying groundwork for RZA, Crisis, and Sir Eyes to drop their rhymes on everything from the Obama administration to celebrity culture. The song’s only held back by the ending rap that uses the Pledge of Allegiance. Sure, the verse fits into their political message, but it comes off as pretty cheesy. The rappers aren’t the only guest stars on this EP, though. Regina Spektor weaves her presence into “Live a Lie” wonderfully. Singing backing harmonies and the refrain, her voice slides right into the slot where Harrison would put his falsetto.

While EP002 may be short, it’s most definitely sweet. Ignoring the unneeded “One Nation” remix of “Mr. President”, each of these songs is miles away in style from the others. Thenewno2 went into this EP with no restraints and it certainly shows. Hopefully, some of these ideas will find their way onto their sophomore release.