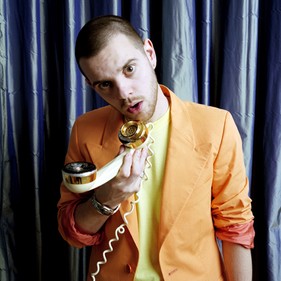 Mike Skinner may have put an end to The Streets project/moniker, but the UK rapper is still busy making music. Aside from soundtracking the recent Inbetweeners film, Skinner has also teamed up with former The Music frontman Rob harvey to form The D.O.T. (via Gigwise).

The outfit, which features Skinner’s production and Harvey on vocals, has already posted nine tracks on their official site. The band’s sound is similar to the Streets eclectic hip-hop creations, but with a new twist thanks to Harvey’s solid rock vocal stylings. Friends for some time, Harvey was previously recruited by Skinner for The Streets’ last album, Computers and Blues.

We’ve contacted Skinner’s representatives for word on whether or not this material will get an official release, so stay tuned for more. In the meantime, check out one track from the group below in the upbeat, pseudo-motivational “Whatever It Takes”.

Skinner has two gigs left under The Streets nom de plume before finally calling it quits. From October 28th-29th, Skinner will play as part of London’s Freeze Festival at Battersea Power Station. Then, on November 19th and 26th, The Streets’ last gigs go down as part of The Big Reunion in Skegness, UK.