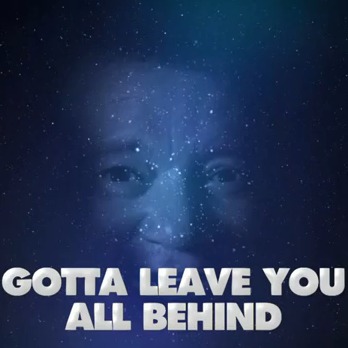 Have you ever looked at William Shatner’s face and got chills? There’s an explanation for that: His mug (or at least a rubber mask) was used for the face of Michael Myers in John Carpenter’s 1978 classic, Halloween. But, now there’s another reason to get spooked. In his latest forthcoming Internet meme, Shatner has issued a video for his cover of Queen’s “Bohemian Rhapsody”, just one of many cuts off his space-themed covers album, Seeking Major Tom.

Atop a hill overlooking the city at night, some teens speculate if there’s life out there. The video answers this question pretty fast: “Holy Shatner!” Looking like the Zoltar machine from Tom Hanks’ Big, the former Captain of the USS Enterprise materializes in the stars and mouths each lyric in a creepy, hypnotic fashion. It’s pretty wild, but would you expect anything less from the guy who made a comeback in his career playing himself? What a character!