A Band of Bees – Every Step’s a Yes 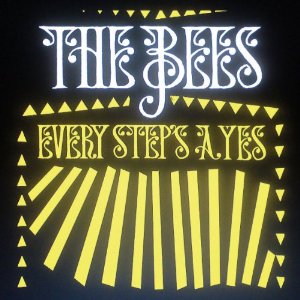 While having been out for a year across the pond, the fourth album by British psych-folk band A Band of Bees (The Bees, overseas) couldn’t have been released stateside at a more appropriate time. Every Step’s a Yes rolls and blows like autumn wind through 10 tracks, highlighting the band’s strength in mellow atmosphere and harmony at most turns.

Evoking the longing of the softer moments of American band Grizzly Bear, especially on songs like “Island Love Letter” and “Tired of Loving”, A Band of Bees seduce with augmented, jazzy guitar play and syncopated rhythms, sounding tight as hell as a group of performers, if not a tiny bit directionless at times as songwriters. Their fascination with regal chamber music, along with moments in which they merely flirt with bossa nova-fusion such as the ineffective but fun album closer, “Gaia”, weigh the band down a little and threaten to detract from the genuinely psychedelic acoustic work found on this album. Sure, Every Step’s a Yes could have used a bit more bravado and grandiosity as well, but you simply can’t deny Paul Butler when he swoons, “My woman is a diamond” over and over, shifting between major and minor keys like a subtle, uncertain lover.

The strong points here and there redeem the album and are filled with so much charm that the album itself takes on a majestic quality larger than any single track. The sanguine emotions and catchy melodies (where you can find them) lift the album high enough to remember it after the last leaf has fallen here on this side of the Atlantic.