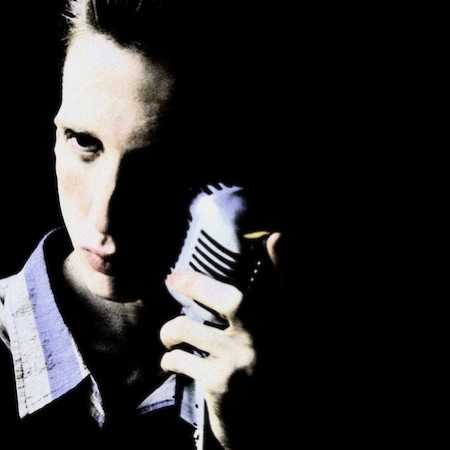 There’s a couple ways to approach Parallax, the latest and greatest heart-pouring from Bradford Cox’s home-recording project Atlas Sound. The first is without the context of who Bradford Cox is, without knowing he is diagnosed with Marfan syndrome, without knowing he’s disseminated hundreds of songs on his blog, without knowing his role as frontman of the far more accessible psych-rock group Deerhunter, without a bead on his mercurial, tortured, and aching lyrics of past projects, and without a sense that Cox is becoming the premiere artist who combines his self and his music to create an unparalleled artistic symbiosis. Without that context, Atlas Sound can feel insular and difficult to penetrate.

The second approach, of course, is with context, and under that filter Parallax offers a miniature glass menagerie of  fragile songs ascribed with heaps of intimacy, all shedding the most light on Cox’s whole artistic persona. (Actually, if you’re in the first group, go ahead and use Laura from Tennessee Williams’ The Glass Menagerie, as her pleurisy and awkward solitude is a spot-on proxy for Bradford Cox anyway).

Like Laura’s collection of glass figurines, it is Cox’s encyclopedic breadth of musical knowledge that defines his fantasy world. Thankfully, on his third proper solo LP, he’s more anchored to reality than ever. Parallax explores some of Cox’s poppiest sides yet, working with MGMT‘s Andrew VanWyngarden on the jangle-pop gem “Mona Lisa”, whose B-section is just one auxiliary percussionist away from an Arcade Fire tune. His knack for a melody purposefully never takes the leap into an “arena” sound though, due in part to the signature tight chorus effect on his voice. This effect mimics the kind of space Cox is working with, both internal and external, and offers a veracity that is missing the reverb-heavy bedroom projects that are so much in vogue this year. The coy melancholy on the lilting title track, when he sings “your pain/is probably equal”, is as inviting as Cox has ever been with his melodies because they’re so compact and accessible. It sounds like a lost song off Lou Reed’s Transformer — the perfect balance of glitter and tears.

What makes Parallax a fully realized  album is, in contrast to its compact musicality, the expanses and voids Cox explores. The sounds of his former work, both on his previous Atlas Sound albums and the kraut-rock sounds of Deerhunter, orbit close to this album while giving Parallax more symmetry and plot than the scattered Logos or the maudlin Let The Blind Lead Those Who Can See But Cannot Feel.

To prevent a wash, Cox’s emotion is drawn out severally: His voice croons and bends in sultry ways on “Te Amo”, his confessions arrive between swirling textures on “Modern Aquatic Nightsongs” when he whispers “My heart is cold, cold, cold, cold…”, and a rousing curtain call on “Lightworks” finally offers some levity. The story of the album is expressionistic and deliberate, plumbing the depths of his love, his spirit, and things personal and cosmic that are more relatable than what many other singer-songwriters have been able to do since David Bowie.

“I am the man that fell to earth in some ways,” Cox said in a recent interview with Rolling Stone, referencing the Bowie movie of the same name. Previous Atlas Sound records leaned more on 3rd person narratives, smokey lyricism, spaced-out textures, and amorphous structures. Having fallen to earth, Cox now communicates in more earthly ways. There’s still an aura about him, something ethereal and otherworldly that comes with his life story and within his own context, that shines through the album. It’s hard to pin down, but so is the origin of a myth and the realization of a genius.