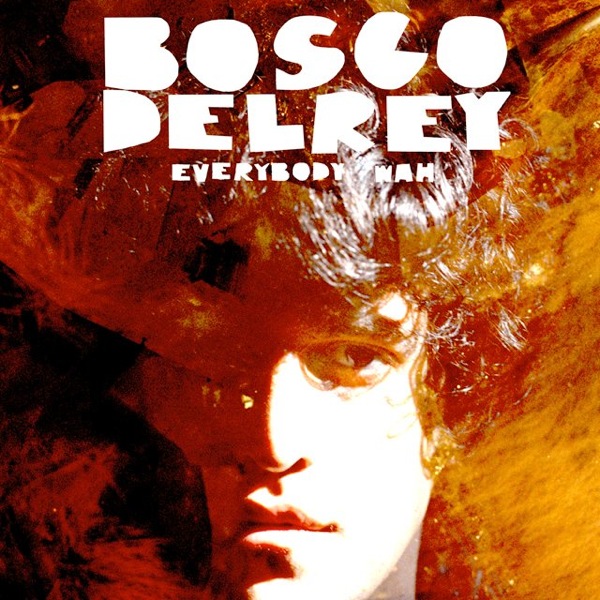 To say Bosco Delrey’s debut LP, Everybody Wah, is simply fun would be an understatement. The undeniably catchy beats, hooks, and instrumentation are nothing to scoff at and make for a convincing first effort from the genre-melding producer and performer.

This is incredibly smart psychedelic pop here. Coming off the heels of opening for Sleigh Bells, Delrey’s weathered nomadic spirit is evident on “Glow Go the Bones” and “Lovely Sleepy Dead”, tracks that feature a knowing, serious brewing just below the sun-kissed hippie surface. The tribal percussion rolling alongside Delrey’s bubbly keys and bright, 1950’s guitars offers a queer mixture of Jim Morrison and upbeat Animal Collective with a southern twang.

In the second half, Everybody Wah loses some steam with a couple less memorable tracks. Despite this, Delrey remains bold and bounces with every one of his songs, mediocre or excellent, rendering his performance stellar, even until the final pair of satisfying down-tempo tracks “Insta Love” and “20 Flight Dub”, the former a doo-wop dirge and the latter a spacey, contemplative coda to the whole album. There isn’t a great deal in the way of musical genius here, but that’s not what this is about. This is fresh and refreshing rock ‘n’ roll, and Delrey pieces an intense amount of attractive and sexy ideas together.

One of the more impressive releases this year from the Mad Decent label, Everybody Wah‘s balanced mix of summery, fast rhythms and dreamy pop hymns provides more than enough reasons to keep Bosco Delrey’s warm tunes on your playlist beyond the cold winter.

Essential Tracks: “All Are Souls the Same” and “Don Haps”