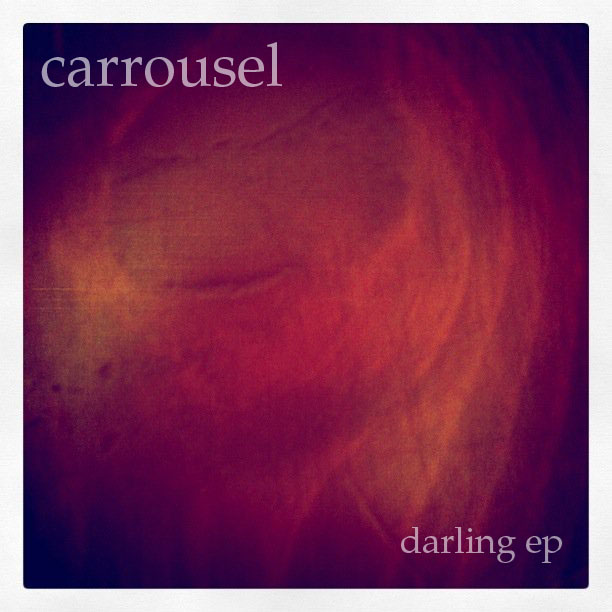 Using an EP as a first introduction to the musical landscape is a pretty smart move, especially if the few songs you release are damn good. That is the case for Tallahassee, FL band Carrousel, whose Darling EP is only three songs long, but those three songs of saturated and stuffed dream pop are a great teaser for their forthcoming full-length.

The EP starts off with the simply titled “14”, a reverb-drenched, orchestral 6/8 jaunt that begins quietly before launching into a full drum and strings party. The meat of the song is reminiscent of Neutral Milk Hotel’s most upbeat tracks. The vocals fly above the instruments in a clear, breathy tenor, and altogether the track chugs along nicely before ending as quietly as it began.

Carrousel then takes a quieter turn with “(15)”, losing none of the musical beauty or dream-like, floating vocals. In fact, both songs have an expansive feeling fitting for a fast montage of evening city streets.

Last song “Darlin, You’re So Mean to Me” adds a lively backing choir of what sounds like the band’s closest friends at a party, who all add tight Ooo’s to the verses. Throughout the track, you can hear the group chatting about, which adds some character to the song’s already dancy, 1940’s salon feel.

Overall, the Darling EP accomplishes exactly what Carrousel needs it to do: build buzz. The songs are rich, full, lush soundscapes that leave your feet tappin’ and arms a swingin’. If this is any indication of the band’s full-length effort, then don’t forget to check your radar for it come February.