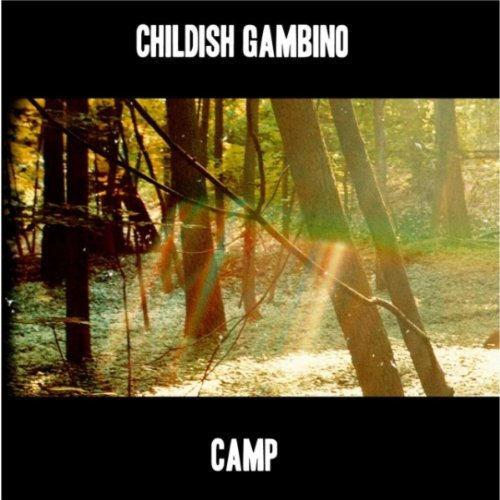 So the joke goes like this: Actor/comedian Donald Glover (you know, Troy Barnes from Community) got it in his head one day that he wanted to be a rapper. Cue a boatload of EPs, mixtapes, and random song drops, and now Glover (going by the nom de rhyme Childish Gambino) has dropped his debut album, Camp, on Glassnote Records, the home to big-name acts Mumford & Sons, Phoenix, and The Temper Trap. Here’s the punchline, though: The joke’s actually on us. Gambino can really rap. Scratch that; he can really, really rap, plus sing and emote and put on a show better than 90% of his hip-hop counterparts. What’s funny isn’t that some dude who used to work with Tina Fey has big-time rap dreams; it’s that they’re about to come true.

While fellow rapper Drake might work the hardest to fill his songs with earnest emotional displays, Gambino’s heartfelt declarations flow the easiest. And while they may not always be the most complicated or compelling, there’s no denying how readily Gambino lets people in. One of the more well-constructed confessions is the album opener “Outside”, where Gambino muses on the loss of his cousin to the streets (“She don’t want me in a lifestyle like my cousin/And he mad cause his father ain’t around/He lookin’ at me now, like ‘Why you so fuckin lucky?/I had a father too/But he ain’t around so I’mma take it out on you’/We used to say ‘I love you’/Now we only think that shit/It feels weird that you’re the person I took sink baths with/Street took you over/I want my cousin back”). And it’s in that low-key moment that Gambino sums up his whole aesthetic: young, angry, and full of regrets in the face of this unending wealth of swagger and a blazingly bright future.

As depressing and open as Gambino can be, there’s no denying the Jekyll and Hyde aspect of his personality. From the depths of family despair, the MC can turn it all around with cuts like “Heartbeat”. Where he shows musical development in utilizing a rip-roaring electro beat, the rhymes tell the story of a truly tasteless Gambino (one who is even more emotionally vacant than on previous efforts, which is saying volumes), offering up primo lines like, “So I’m chilling with my girlfriend/But she not my real girlfriend/She got a key to my place but/She’s not my real girlfriend.” And the rest is filled with unrepentant cheating, loads of self-deprecation, a heaping helping of harassment, and an overall sheen of douchebaggery on Gambino’s part. The feelings expressed in “Outside” and “Heartbeat” are diametrically opposing, yet flesh out the inner workings of a complicated man who is beyond his years and yet overwhelmingly in need of a reality check.

Duality is nothing new for Gambino, as he’s built his whole career on developing his desire to connect and his simultaneous isolation from the black community. This LP, though, sees some of the focus moved toward making more of what could be considered straight-up “hits.” Gambino’s always had a sense for creating bangers and anthems, but these latest tracks feel different in scope. “Bonfire” is the perfect lead single, a killer synthesis of his charisma and attitude, his fondness for off-kilter beats, and his plethora of pop culture references. ”Fire Fly” is as close to a mainstream hit as Gambino is likely to get, with an oozing, synth-y beat a la Kanye West. Even his frustrations are decidedly more pop-ready, with rhymes like “These black kids want something new, I swear it/Something they wanna say but couldn’t cause they embarrassed/All I do is make the stuff I wanna write/Reference shows I wanna watch, reference girls I wanna bite/Now I’m firefly like a burning kite/And yousa fake fuck like a fleshlight.” The apex of his hit-making prowess, though, is “Sunrise”. Hand clapping galore, fuzzy synth instrumentation, and a grand chorus sample make for a big-time sonic revival. Lyrically, it’s weaker than most of the songs on the album, but that abandonment feels like a conscious step toward further embracing the power of pure music.

Camp ends with “That Power”; buzzing with loads of giant-sized thud, the track’s most appealing quality is the ending monologue. Gambino (possibly as full-on Glover now) tells the story of his first experience of heartbreak after summer camp ended. Looking back on that young pain, he muses on its greater contextual meaning, saying, “I wish I could say this was a story about how I got on the bus a boy and got off a man more cynical, hardened, and mature and shit. But that’s not true. The truth is I got on the bus a boy. And I never got off the bus. I still haven’t.” And here’s hoping he never does.