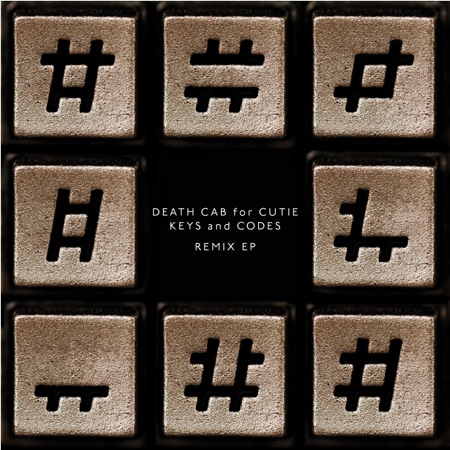 Death Cab for Cutie have been nothing if not prolific over the past 12 years within fairly tight lines, so perhaps a selection of seven songs from the band’s last album relived as dance tracks comes as a mild surprise. Then again, a mature band hardly needs to ask for permission to experiment, and for the most part, its Keys and Codes Remix EP is a success. The strength of the original melodies provides an ample bedrock for the treatments applied here.

The Cut Copy mix of “Doors Unlocked and Open” is arguably the most successful thing on the EP. At seven minutes, it’s the longest, but when it hits a truly great melodic groove almost halfway through, the insistent keys and swirling synths really grab you. It’s a floor-filler if there ever was one. There are strong echoes of Pet Shop Boys here, and while you wouldn’t call it groundbreaking, the revisited song packs real punch. Later, as well as calling to mind Neil Tennant, Ben Gibbard’s vocal on The 2 Bears’ (a side project of Hot Chip’s Joe Goddard and Raf Rundell) imaginative and inordinately catchy cut of “You Are a Tourist” has shades of Mercury Rev’s Jonathan Donahue about it.

Less convincing is the Dillon Francis remix of “Underneath The Sycamore”, which makes the track sound like the soundtrack to an annoying Japanese video game. Equally, in the hands of RAC Maury (producer Andrew Maury of Remix Artist Collective), “Some Boys” loses a bit from its overuse of stabbing, ’80s-style percussion. Unicorn Kid gives “Unobstructed Views” a seemingly routine house workout, but the style fits the song like a glove, and the result is a poppy delight. “Home Is a Fire” (Ulrich Schnauss remix) is neat enough, while Yeasayer deliver a perfectly acceptable version of “Codes and Keys”, though you could say it sounds just like Yeasayer.

Essential Tracks: “Doors Unlocked and Open”, “You Are a Tourist”, and “Unobstructed Views”