For once, we can all look at his resume with a sense of beaming optimism 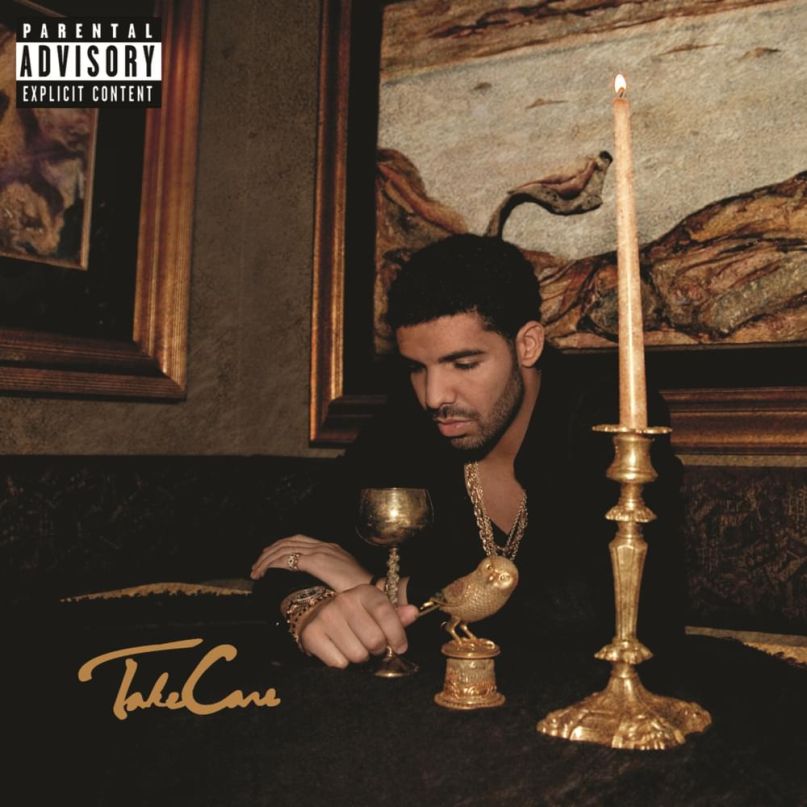 In this moment, I feel like a proud parent whose bosom is swollen with the warmth of validation. Last year, actor-turned-rapper Drake dropped his eagerly anticipated debut album, Thank Me Later, a lackluster affair of tired hip-hop clichés, half-wrought emotional declarations, and bits and pieces of innovation too insubstantial to survive. Now, a year and a half later and with more miles under his high-priced Nikes, Drake returns with Take Care. Where Thank Me Later fell flat with the sting of disappointment, Take Care shines bright, utilizing the same concepts and notions as its predecessor but with far more lethal and appealing results.

Of all the glaring, obvious faults Drake carried into Take Care, the major offenses can be boiled down to three categories. The first, and arguably most offensive, is the genre or aesthetic the young MC developed for himself. Nowhere else in hip-hop will you find someone who works harder to imbue his songs with a profound sense of emotional maturity and complexity. Thank Me Later’s offerings, though, were sonic mush, victims of the twin viruses of overproduction and underplanning. Take Care corrects this deficit tout de suite.

Thanks in part to fellow Torontonian The Weeknd, “Crew Love” rides the line of mysterious, glitchy R&B and gorilla-sized hip-hop boasting. Any past tendencies toward being the easy listening of the rap world have all but faded. The apex of that balancing act, though, is “Marvin’s Room/Buried Alive”. A bit of theatricality, the track is a morality play of sorts about the dangers of drunk dialing your ex, something Drake does painfully well over a slow, woozy beat that mirrors his desperate state. And acting like the deep, dark part of his brain that replaces heartfelt confessions with dangerous threats, Compton, CA, rapper Kendrick Lamar lays down a mutated flow of pure bile to close the evening and concrete Drake’s compelling emotional dichotomy.

These two cuts benefit from the work of The Weeknd and Lamar. And that reliance on the skills of others, though standard throughout hip-hop, is a problem Drake suffered through especially intensely on his debut LP. Too often, the most enjoyable or celebrated tracks featured a who’s who of hip-hop acts, be it Nicki Minaj, Lil Wayne, or Jay-Z. But on this sophomore effort, Drake does a better job, as he did with the production value issue, of finding a happy medium.

Featuring the feminine wiles of the aforementioned Minaj, “Make Me Proud” is one of the few instances where the oddball Barbie’s bizarre inflections or controversial rhymes don’t overwhelm the track. Instead, Drake is a brilliant specimen of the renaissance rap he’s spent so much time polishing: charismatic and intelligent in his rhymes (including the line “They want you in their life as a wife/That’s why you wanna have no sex/Why you wanna protest, why you wanna fight for your right/Cause you don’t love them boys, pussy run anything /Fuck that noise”) and light and airy in the chorus. Minaj’s wacko act is relegated to mere fodder and a nice musical bonus at best.

Drake’s final obstacle, after bypassing the hype, big-name guests, and attempts to remold the game, was to actually go it alone. Minus the Stevie Wonder-supplied harmonica, “Doing It Wrong” is a solo effort on the mic. Perhaps dealing with life in the shadow of a Wonder cameo, Drake builds a track that is the very essence of Thank Me Later-esque displays, but with more intricacy and self-awareness in these five minutes than on the entirety of that first LP; he’s well-rounded, smart, and inventive but still totally vulnerable.

But of all his solo cuts on the record, “Headlines” is the ultimate demonstration of his newfound level of domination. For once, he’s almost self-deprecating, offering up a realistic portrayal, sans hype, of his growth. Even when he’s at his most cocky and self-assured, there’s something raw and relatable about him. Mix all that with an ultra-catchy beat of studio-manipulated strings and this number is, without a doubt, Drake’s most powerful single to date.

Over the course of some 18 months, Drake has become quite a novice in the genre, well on his way to mastering new and exciting ground. Take Care hints at such a future, and for once, we can all look at his resume with a sense of beaming optimism. Perhaps we should start thanking him now.