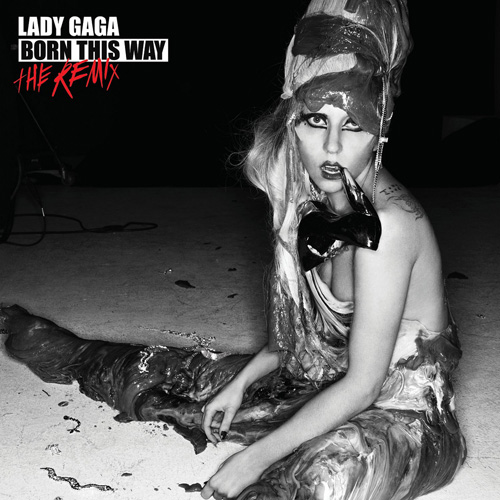 Remixing Lady Gaga is risky. Mother Monster has many loyal followers—1.1 million of them who are willing to pay for Born This Way, at least—who might not take kindly to just any Lady Gaga remix. Fortunately, the artist formerly known as Stefani Joanne Angelina Germanotta reached out to a variety of musicians, ranging from The Weeknd and Foster the People to international producers Guena LG and Michael Woods, who each lend their particular Midas touch to favorites like “Born This Way” and “The Edge Of Glory”. Just in time for the holiday season, there’s something for everyone on Born This Way: The Remix. And, unlike many remix albums featuring one song reworked again and again, this Remix comprises a diverse tracklist to match the diverse list of remixers.

Canadians Sultan and Ned Shepard rework “The Edge Of Glory” to make it ready for a lounge, until they sample Guns ‘N Roses’ “Sweet Child Of Mine”, making the song into a fist-pumping anthem. Even though Foster the People’s consistently thumping, formulaic version gratifies more instantly, it’s clear who’s really on the edge of let’s-hear-that-again glory. The juxtaposition of “You And I”, on the other hand, is more evenly weighted: both Wild Beasts and British electronic duo Metronomy slow it down and space it out, the former adding sparse piano, while the latter relies on cut-up, auto-tuned Gaga samples to highlight her voice’s Whitney Houston-like richness and honky-tonk lyrics.

Other songs stand alone, both in quantity and quality. Two Door Cinema Club brands “Electric Chapel”, mixing it into a hauntingly guilty pleasure for dancing alone in your room. British producer Michael Woods, who has previously remixed La Roux and Deadmau5, reworks “Black Jesis/Amen Fashion” with appropriately catwalk-hard beats. Remix’s hidden gem, however, is French DJ Guena LG’s remix of “Scheisse”. The song builds behind Gaga’s delicious German into an “oh-AH-oh” chorus that dissolves all too quickly into its driving, industrial beats. It’s hard to compete with the Queen Monster, but these artists were born for it.