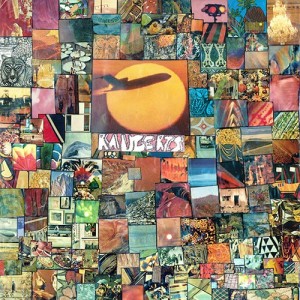 There’s a distinct sense of nostalgia permeating Rangers‘ new disc for Not Not Fun, Pan Am Stories. The title evokes the jet-setting glamor of the ’60s and ’70s, or maybe the sense of escape through the clouds, and the psych-inflected, lo-fi bedroom pop works in the same vein of Ducktails and Dirty Beaches. There’s something almost disco-tinged about what Joe Knight brings to the table as Rangers, a sound that fits the bucolic memory-leaning of the title.

There’s a strong sense of story-telling, “Zombies (Day)” warbling and crackling in its analog setting, a dance-friendly bass swinging along at the bottom, while “Zombies (Night)” twists things a bit slower, a light, skipping rhythm drifting underneath clouds of reverbed guitar and Knight’s faraway vocals. The two songs are intricate psych-pop winners that play off one each other beautifully, but stand alone as well.

There are long jams on this disc as well, the 13-and-a-half minute long “Zeke’s Dream” spinning out into insanity, twinkling star guitars and emergency sirens playing in an empty field. The whole thing is a sleepy, ecstatic mess, one that lacks a focused punch but makes up for it in sweet, sugary fog. As is the case with so many bands of this kind, the songs do have a tendency to blend into each other, the riffs and soundscapes not all that differentiated. The beat and riffs on “Sacred Cows” echo the first “Zombies” track that came just two tracks before it.

On “The Mule”, a keyboard and some distorted guitar lines rip out into a dark, stormy sky, proudly proving that Knight has more than the upbeat, sweet attitude in his repertoire. “Bad Flan” closes out the album on a similar note, as if the sweet desert was dosed with some hallucinogenics, the six and a half minutes drooping into a dark saccharine haze. There aren’t as many powerful moments as on, say, a Ducktails record, but fans of that sound will find more to love here.