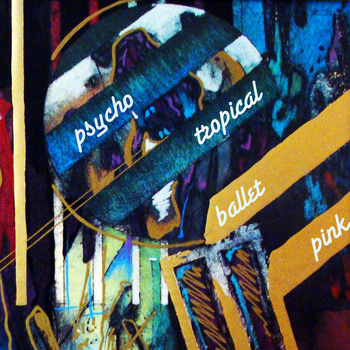 When a band has a lot of comings and goings (is John Frusciante in Swahili Blonde or isn’t he?) and they’ve got the bassist from Duran Duran contributing, it’s possible to forget that Nicole Turley (who has a few names to her history, too; WEAVE! is just one of them) is Swahili Blonde almost all by herself. But, she’s got plenty to say that should stand on its own merits rather than on the attraction of her collaborators.

And on its own merits, Psycho Tropical Ballet Pink holds up very well. This review will not be the last to say it, but the album in general is reminiscent of John Zorn in all his pop-meets-weird brilliance. Six tracks long, it’s short enough to leave you wanting more without being annoyed at its brevity. Bookended by the surfer-ish shuffles of “Etiole De Mer” and “The Golden Corale”, Turley’s voice carries the collection, doing well to shift and cut open the numerous melodic and rhythm changes that make up this appetizer of sorts.

To its credit, there are a number of “Is that in tune?” moments. The combination of bass, guitar, and synth on “Science is Magick” flutters about tonality; the vocal harmony on “The Golden Corale” stretches but never exceeds the limits of pleasantness.

For good measure, there’s a dark and brilliant cover of A-ha’s “Scoundrel Days” to kick around, too. It’s a fitting homage to a genre that’s picked apart and reassembled to fine order here. But that’s Psycho Tropical Ballet Pink in a nutshell, and hey, it’s working so far.