The Antlers – (together) EP 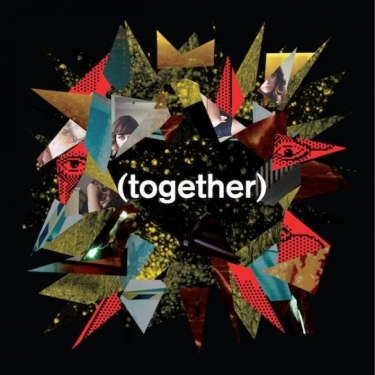 “Back in my day, we used to call these CD singles,” grumbles the curmudgeonly old critic. A mish-mash collection of remixes, out-takes, and jams from The Antlers, (together) contains only two songs that weren’t on this year’s exceptional Burst Apart in some form or another.

The EP’s central hook is the collaborations it contains, but disappointingly, they’re collaborations only in a technical sense. (together) features appearances by Bear in Heaven, Neon Indian, and Nicole Atkins, but rather than come up with something new together, they’ve been invited to jam along in the studio on some cuts from Burst Apart. The best of the lot, “Rolled Together (with Neon Indian)” has already been making the rounds for the past six months (and this spring’s The Flaming Lips/Neon Indian EP, in which the two came up with some original jams, is how these things should be done). Nicole Atkins’ voice, as pretty as ever, adds little to “Hounds”, while Bear in Heaven’s 18-minute riff on “Parentheses” is just tedious. These versions aren’t entirely worse than the originals; the overwhelming feeling here is that they’re just inessential.

Additional tracks are remixes and outtakes of previously-released songs, curiosities that I’m not sure anyone was all that curious about. One new recording, a cover of The xx’s “VCR”, is nice to have. B-side “Tongue Tied” is here if you didn’t already get it in the iTunes version of the last record, so there’s also that.

(together) would have made more sense as a second disc in a deluxe version of Burst Apart, where uber-fans who needed variations on the songs would’ve thought nothing of taking the extra plunge. Unfortunately, as a separate release, it just doesn’t have the legs to stand on its own.