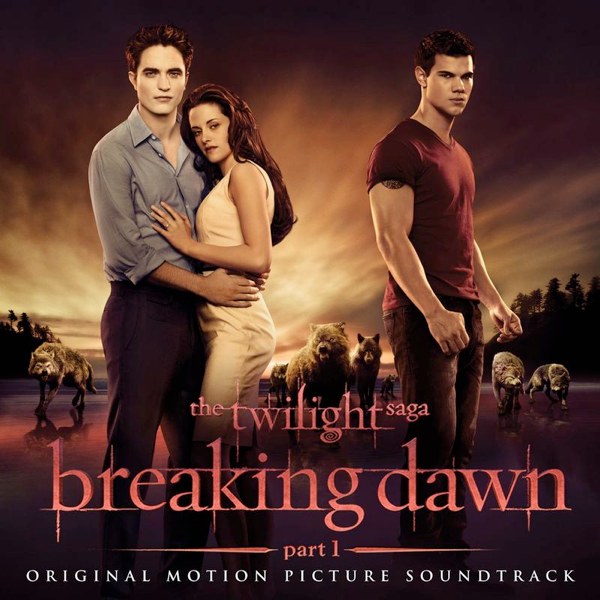 When Stephen King said, “Harry Potter is about confronting fears, finding strength and doing what is right in the face of adversity. Twilight is about how important it is to have a boyfriend,” he obviously meant to say that Twilight is really about writing bad books to make worse movies that weirdly have phenomenally loaded indie soundtracks. In fact, their annual holiday season releases have become a holiday in themselves: giving us Thom Yorke, a Bon Iver/St. Vincent collaboration, Lykke Li, more Muse than we would probably like, and so much more. Sadly, Breaking Dawn, Pt. 1 fails to follow suit, as it ultimately underwhelms, indulging too much in the melodramatic.

The album, admittedly, isn’t without its highlights as Noisettes’ sassy “Sister Rosetta”, newcomers The Features’ pop-rock-perfected “From Now On” and The Joy Formidable’s danceable jam “Endtapes” provide moments of brief redemption. Breaking Dawn, though, proves to be notably different than its predecessors in two unfortunate ways: it lacks novel collaborations and features a sappy, generally piano-based ballad approximately every other song. The result of these factors is an album in which Bruno Mars’ now-characteristic excessive sentimentalism finds a perfect home, where cheesy lines like “If you walk away, everyday it’ll rain” are commonplace.

A particularly whiny Christina Perri epitomizes the shortcomings of this record, with a lackluster attempt at a love-lost song, featuring hyperbolic lines like “I have died every day waiting for  you.” Some of the artists do end up nailing that “contemplative, nearing-abusive-relationship” dynamic, such as Australian siblings Angus & Julia Stone’s “Love Will Take You” and its stunning combination of mellow instrumentation and delicate vocal harmonies. However, at the end of the day, a whole collection of lethargic, cliched songs is hardly a compelling listen meaning that Breaking Dawn decisively should be Breaking Yawn and hopefully Part 2 is a little more inspiring.

Essential Tracks: “Endtapes”, “Sister Rosetta,” and “From Now On”