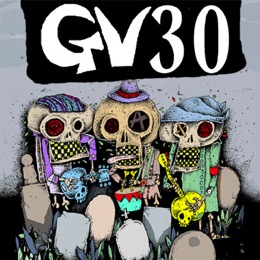 Goldenvoice, the force behind Coachella, Stagecoach, and All Points West (R.I.P.), among other massive events, celebrates its 30th anniversary this year. As part of the festivities, the company is throwing a three-day bash in Santa Monica, California featuring a bunch of iconic punk bands.

Taking place at the Santa Monica Civic Auditorium, the aptly titled GV 30 kicks off on Friday, December 16th with performances by Social Distortion, X, and Adolescents. The following day, Bad Religion, Youth Brigade, and T.S.O.L. will all play. Then on Sunday, the recently reunited Descendents, The Vandals, and The Dickies will cap off the shindig. Other acts appearing throughout the weekend include The Grim, Ill Repute, Love Canal, and A Pretty Mess.