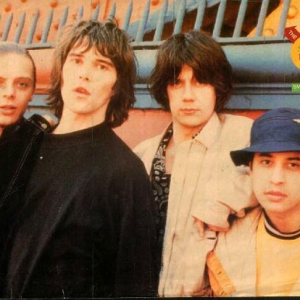 The Stone Roses have expanded their upcoming reunion tour from three to six dates. In addition to a trio of comeback shows in their hometown of Manchester, England next June, the band has confirmed 2012 festival appearances at Spain’s Benicassim Festival, Japan’s Fuji Rock, and Scotland’s T in the Park. According to their website, the band will appear as headliners at all three festivals.

At a press conference announcing their reunion last month, frontman Ian Brown said the band plans to tour “as long as we can,” so stay tuned for additional tour announcements. In the meantime, scroll below to watch footage of them performing She Bangs The Drums in 1989.