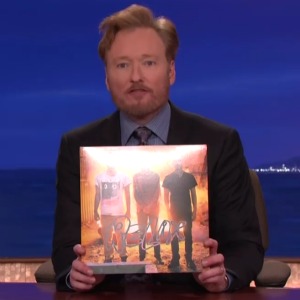 Yesterday, Das Racist tweeted, “Cover of SPIN. Conan OBrien tomorrow. No manager. No label…” Their star has risen through the ranks of viral YouTube videos, mixtapes, their debut LP Relax, and their live shows that feel like one part stream of consciousness rap and one part abrasive stand up routine. Both parts seemed dampened on Conan last night, as Heems, Kool A.D., and Dap made their television debut by performing “Michael Jackson”. Midway through, the $1MM man returned from the underworld – sort of. Check it out below, courtesy of The Audio Perv.

Das Racist’s Relax is out now.