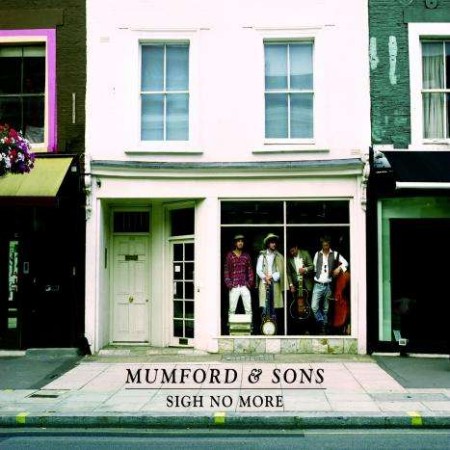 That image right up there? That’s Mumford & Sons only LP (besides its own deluxe reissue released last week). The boys have mined just about all the gold there is to mine out of that record, so we’re pleased to hear some new tracks coming from the country-bluegrass by way of London band. Our first such taste, debuted on Philadelphia’s 104.5 FM, is either named “Ghosts That We Knew” or simply “Ghosts” depending on which band member you ask. Check out the video below (via Radio 104.5) and the banter about the song title shortly thereafter.