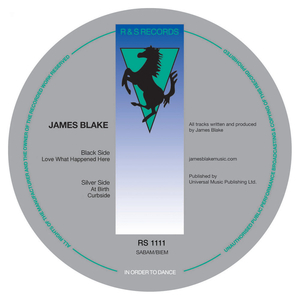 RESPECT. Rodney Dangerfield couldn’t get none. And it certainly meant a lot to Aretha Franklin. But James Blake doesn’t have any: not for pop music’s rules, not for pure, unadulterated tone, not for the concept of genre, not for the role vocals have typically played in contemporary music, and certainly not for dubstep proper, whatever that even means anymore. In the world of bass music, James Blake is Bart Simpson with a Roland.

And with his backhanded contempt for all things ordinary, Blake is making some of the catchiest, most difficult music in recent memory.

At this point, with each outing, you never know if Blake will be covering Joni Mitchell alone at a piano bench, making modulators hoot like owls, or transforming his vocals into incomprehensible warbles that drown in a well of static, which somehow is all a part of a heartbreaking song about familial turmoil. Then, sometimes you’ll get it all concurrently, like on October’s Enough Thunder, or on his debut full-length.

With Love What Happened Here, Blake’s second EP and third release of the year, the pre-LP James Blake returns in full force, crafting indelible, instrumental electronic music straddling the lines between just about everything. Largely wordless vocals are fractured and spliced amid some things catchy, some things creepy, but all things great.

The first of three tracks, “Love What Happened Here” feels most like last year’s CMYK or The Bells Sketch EPs, with less of a Burial-dubbed-out-codeine-binge thing going on, and more of a cracked-out-hip-hop-abrasive-wordless-R. Kelly-after-party thing going on.

The first sound we hear is Blake’s signature sans-attack, sans-decay, low-resolution, almost brass-sounding synth tone. Then a jazz-flute melody builds off of that buzz, and into a smooth R&B instrumental. And while the rhythms click, clack, and stutter, Blake’s echoed, amorphous vocals jump out of nowhere in the few empty spaces that do exist. It’s actually kind of frightening. Then, once you realize it wasn’t somebody yelling at you, they coolly sing, “love what happened here,” and laugh at you amid light hand claps. Yeah, it’s nuts. “At Birth” is more standard, crunchy, drone-y bass fare, with some blippage, clickage, creepy field recording vocal samples, and a steadily difficult beat. It’d sound fantastic live.

But the delectably ludicrous “Curbside” might be one of Blake’s highest achievements yet; at times echoing the rhythm, melody, and percussion of Lil’ Wayne’s “Stuntin’ Like My Daddy”. Seriously. But what sets it apart are its rousing timpani, which skitter around frenetically and meet up with Pete Rock and C.L. Smooth-style vintage hip-hop hits. Then there are the ghostly whirs that flutter around, like Boo from Mario inhabiting a Young Money record produced. All this makes for a track as confused as it is coherent; or, in other words, a James Blake production.

On the whole, Blake’s final EP of 2011 is kind of like a senior thesis for the year, a summation of all that he’s brought us in the last 365 days. And don’t you just love what happened here? He sure as hell does.