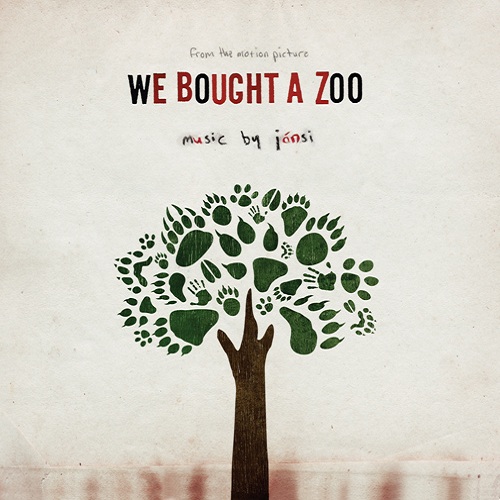 In December 2001, millions of Americans checked into theaters to catch Cameron Crowe’s Vanilla Sky, only to check out slightly confused and beleaguered. Plenty of visuals followed ’em home – especially this one – but what really lingered for some was the film’s soundtrack. Outside of Paul McCartney’s stirring title track or Radiohead’s then newer hit, “Everything In Its Right Place”, the film also shifted the spotlight on Sigur Rós. Songs like “Svefn-g-englar”, “ÃgÃ¦tis Byrjun”, and “Njosnavelin” (later retitled “Untitled 4” for ( ) the following year) added to the film’s space-y tones, especially its latter half. Some could even argue the tracks offered a sort of emotional depth the film lacked otherwise.

So, it comes as no surprise that Crowe tapped the group’s frontman Jónsi to score his latest directorial effort, We Bought a Zoo. However, much has changed sonically for the musician. The group’s extraterrestrial instrumentation has left orbit and struck Earth. And much like Jónsi’s 2010 solo album Go (three tracks from which appear here) and pieces of his band’s most recent effort, MeÃ° SuÃ° Ã­ Eyrum ViÃ° Spilum Endalaust, there is an air of spiritual positivity permeating his score. It’s something one might have guessed from theme titles like “Why Not?”, “Sun”, and “Humming”; fittingly enough, the soundtrack was recorded over the summer in Los Angeles and Iceland despite the film’s December 23rd release date.

Fans who don’t care for Jónsi’s English on Go will have second thoughts when they compare it to his light humming or outright vocal absence here. On the other hand, only a bit of the new stuff — it’s a score, after all — is ideal for focused headphone listening. There are two new full tracks, the buoyant “Gathering Stories” (co-written with Crowe) and “Ã†vin Endar”, a classic Jónsi orchestral piano ballad. Some of the themes, boosted by arrangements from Nico Muhly, are safe for iPod shuffling, as well. “SnÃ¦risendar” and the title theme both feature layers of Jónsi’s signature falsetto accompanied prominently by chimes and a dense helping of strings.

There’s a stereotype of rock musicians becoming boring and predictable later in their careers, because they’ve run out of issues to bitch about. Jónsi certainly hasn’t reached the tipping point of tedium yet, but maybe it’s doing projects like We Bought a Zoo that is fighting that process we all hope is not inevitable.