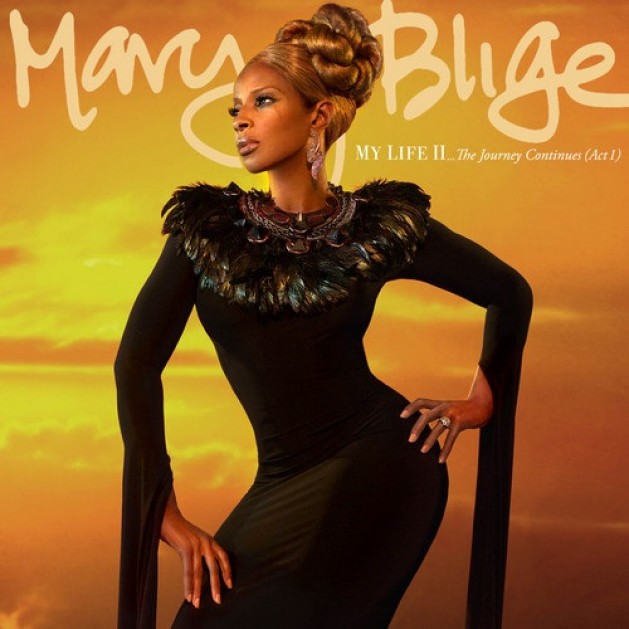 When a record begins with a telephone call, you know you’re in the idiosyncratic world of hip-hop soul, and luckily it has been left in the capable hands of its queen, Mary J. Blige. The call prefaces My Life II… The Journey Continues (Act 1), as she talks to the main producer of the classic predecessor, Sean Combs. She speaks about this record as an “extension of how far we’ve come,” yet she’s still navigating the pain, and when the beat kicks in on “Feel Inside”, it’s like being transported back to 1994, to Blige’s plaits and leather cap, and her recurrent themes of struggle, heartbreak, and strength – all surveyed with that amazing, peerless vocal. Nas steps in to contribute, and it works well, serving to remind that Blige has always had one foot in hip-hop and one foot in the world of soul, often managing to create a sound that is particularly her own on records like What’s the 411?, Share My World, and No More Drama.

The first song has an interesting echo-y coda before easing into “Midnight Drive”, which mixes up a doo-wop sensibility and strident percussion, but also sees Blige doing that rap-singing she does so well, here sounding pleasantly like Neptunes-era Kelis. On “Next Level”, there are a couple of raw verses from Busta Rhymes, amidst squelching beats and synths, with harmonies splitting every which way to create a cacophony of voices on the chorus and the kind of uptempo sound that will undoubtedly begin a million nights out. We get her take on “Ain’t Nobody”, which takes its cue from electro, and while it’s not reinventing the song, it certainly meets it halfway.

There are a couple of songs that don’t work as well (in the context of her classic record My Life), like “25/8” and the acoustic “Need Someone”, but they do showcase her powerful vocal, which is searing. Her choice of collaborators is interesting: Drake on “Mr. Wrong”, which works brilliantly with its slow-moving quality that slopes along; Rick Ross on “Why”, whose gravelly vocal compliments the tinkly piano and wobbly keys; and Beyoncé on the ballad “Love a Woman”, with both women obviously enjoying the soaring nature of the song. Truly, this is more of an extension than a sequel, with Blige showing once more that she can go from tripped-out, beat-heavy tracks to earnest love songs in a moment, and that “moment” is something she inhabits achingly well.