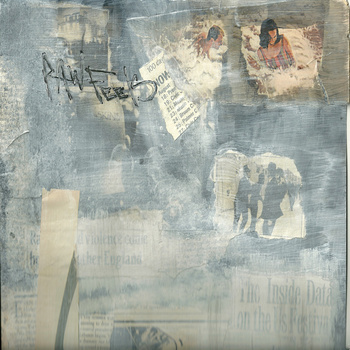 “Raw feels” is another term for qualia, the philosophical idea behind personal experiences like taste, pain, vision, and—you guessed it—listening to music. Virginians Raw Feels, whose single we debuted a few weeks ago, aspire to their name’s potential for an aural and emotional experience. Vocalist Ben Woods’ monotone claws its way out of lo-fi distortion, flattening cilia and finding solid ground somewhere between post-rock and shoegaze. While Raw Feels could probably benefit from a wider range and greater diversity, it’s a strong debut that sounds unique compared to a lot of “nu-gaze” out there today.

It’s unfortunate that Raw Feels begins with “Watered Down”. Though the track sounds a little too much like the album closers, it doesn’t accurately describe the meat in the middle. Compared to the taut riffs and calculatedly strung-out background strumming on follower “Isolation”, the album opener’s hemorrhaging layers of noise and Woods’ nails-on-a-chalkboard wails sound unprofessional. “Raw Feels” sounds similarly subdued but avoids lethargy with an eerie, slowed-down breakdown followed by intensely aggravated shredding. “Much More” unfolds more elegantly than the previous two, opening with drumsticks and building with a clarified, moody slide guitar like Raw Feels’ contemporaries Silversun Pickups.

In this same vein, optimistic, articulated guitar chords buoy “Waiting/Wasting” even as Woods warns, “Bad things are coming around.” Like much of the album, “Waiting/Wasting” never builds to a resolution, only hinting at the title track’s earsplitting finish. By the end of Raw Feels, the listener wishes that the visceral noise did amount to something more evocative over the course of the album. Although “Summer” relieves the tension with a crashing breakdown, it and closer “Always” don’t make an impact because they sound the same as both each other and the majority of the album’s other songs.

But with such a tight grasp on the fundamentals of shoegaze and with songs as promising as “Isolation”, Raw Feels should continue to develop as a band worthy of all those My Bloody Valentine comparisons.