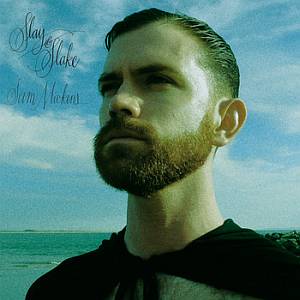 You know when you’re talking to a friend, and he or she doesn’t quite “get” a certain band you like? And you say something like, “Oh, well, they’re an acquired taste.” Usually, this refers to the lead vocalist, someone like a Billy Corgan, whose proclivity towards singing with a nasal voice irks many a music fan. Enter Sam Mickens of The Dead Science popularity. Mickens’ first solo album, Slay & Shake, is a producer’s wet dream. There are drum machines, organs, harmonies, guitar solos overlapping each other, and all of these events take place during the first track. Unfortunately, the vocalist betrays the music.

In the aforementioned epic opening number, “Lord Death Man”, Mickens continues proving he is aware of the vocal technique called “vibrato.” He decides to employ this technique over most of the 45-minute album. Fortunately, there are guest stars that make appearances. MC Grimm enters early on with a verse on “Grisly Ghouls” that could have been included on the Ghostbusters II soundtrack (Doug E. Fresh’s “Spirit”, anyone?). Shudder to Think’s Craig Wedren pops up on the finale, “The Will to Live”, which happens to be the best song on the album: stripped-down production with an acoustic bent and an eerie choral of “gonna have to give it up” to close the album.

Despite the good-natured ribbing, Slay & Shake really could have been a solid album. Everything sounds great, the guest stars are inspired, and the music varies throughout. “At the Mountains of Madness/Ebb Tide” is straight out of latter-day Roxy Music, while “Witch’s Cauldron” features a guitar intro that recalls the poppiness of A.C. Newman. The vocals obviously won’t bother Mickens’ fan base, who have clearly acquired the taste for his vocal stylings. As for the rest of us, I thi-i-i-i-i-i-i-nk we’ll pa-a-a-a-a-a-a-a-ss.

Essential Tracks: “The Will to Live”