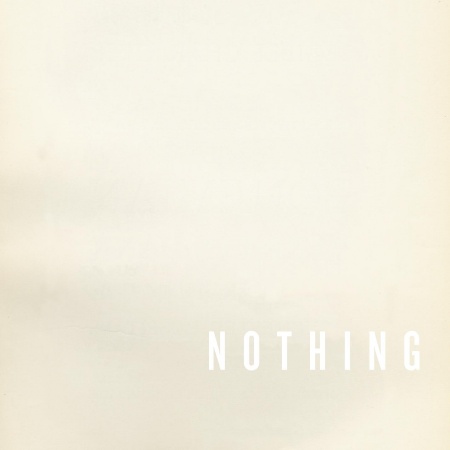 Five short months ago, elusive UK producer Zomby dropped Dedication, a dark, genre-bending record our own MÃ¶hammad Choudhery called “enduring” and “simultaneously more measured and frenetic than ever before.” Between the lack of danceable tunes expected from the man whose catalog includes dub-step jams like “Liquid Dancehall” and having a whole album dedicated to reviving ’90s raves and jungle beats, collaborations with Panda Bear, and the haunting rattle of “Witch Hunt”, Dedication was a surprise, but, ultimately, a welcome one. With the seven-song Nothing EP, the deliberateness of Dedication is gone, as we are left with a ramshackle collection of glimpses into Zomby’s back catalog, without looking too far forward.

Not all is lost, though, as stunning opener “Labyrinth” and “Sens” bring back the ’90s aesthetic that made aptly-titled Where Were U in ’92? so addictive, providing an uplifting return to the dance floor– a notable departure from Dedication‘s ruminations. Aforementioned “Labyrinth” is arguably Zomby’s best single to date, with its lushly layered crescendo from sustained synths to an irresistible breakbeat and lofty sampled vocals, only to fall – in characteristic, erratic Zomby fashion – to a dirty, warbled bass. “Digital Fractal”‘s unnerving minimalism could easily be a Dedication B-side, but alongside “Stargate 5″‘s arcade blips and syncopated drum rhythms, it manages to feel welcome.

At the end of the day, Nothing does not seem groundbreaking because everybody is still digesting Dedication, a record that fleshes out the anachronistic ideas Nothing hints at. Had the EP showed up earlier in the year, it wouldn’t seem so random and underdeveloped. That hardly means it’s skippable, though, as Nothing explicitly bridges the sonic gap between raging Where Were U in ’92? and Dedication, and if nothing else, affords the opportunity to put “Labyrinth” on endless repeat.